What survival knife do you carry every day? 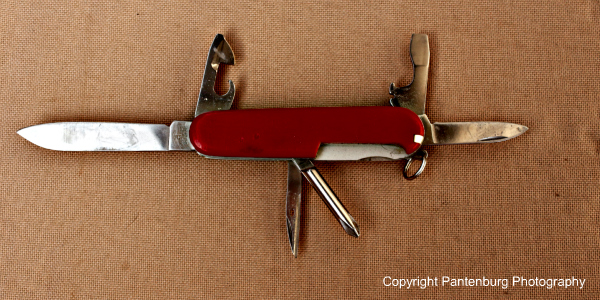 Question from Reader: “You’ve written about the best survival knife, the best EDC knife, the best hunting knife, fillet, pocket knife, etc., etc. Skip the options, the analysis and potential survival scenarios and answer this: What knife do you have on you right now?”

A: Right now, in my belt sheath is a Swiss Army Knife Tinker.

Now the disclaimer (This is not an analysis!): I generally have three knives with, or on me, in my day-to-day existence as a community college instructor. On my key chain is a Swiss Army Classic. The dinky little knife is more useful than you can imagine, and it gets used way out of proportion to its size. 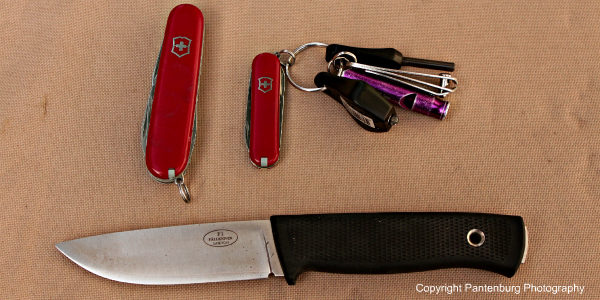 In my daypack or man purse, or whatever you call it, is a Fallkniven F1. I always carry this Swedish survival knife in a sheath, because it’s lightweight, rugged, and looks like a nondescript kitchen knife. (Think urban camo.)

At a college where culinary is a major program, a chef’s knife or knife set doesn’t draw a second look. For that matter, there are several outdoor leadership, EMT and Criminal Justice programs on campus, so my belt sheath and tactical-style pants are also under the radar.

The F1 gets used mostly for slicing bagels and pizza, and it spreads peanut butter and cream cheese like a champ. But the idea is that my daypack knife is also a solid survival knife if I ever need it.

In my vehicle Get Home Bag, I have a Bark River Parang and a L.T. Wright GNS that can handle any other blade needs.

But the knife that is always on my person is the basic Swiss Army Tinker. It has everything I need in a day-to-day carry knife.

Does that answer your question? 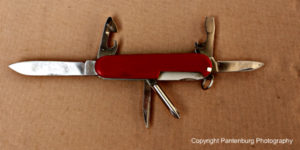 This Tinker was given to me and it is carried every day.

I’ve been carrying a Tinker for going on 30 years. My first was the Deluxe Tinker model that features scissors and pliers. I used mine for years as a backpacking knife and every day carry tool. The Tinker and a fillet knife were my only knives on a nine-day canoe trip through the Boundary Waters Canoe Area.

The Tinker pliers were particularly appreciated as a fishing tool when I needed to get hooks out of a toothy Northern Pike or Walleye. The fillet knife was used to clean fish, and everything else was taken care of by the Tinker.

But for day-to-day use the deluxe was overkill. I rarely used the pliers when I had my Leatherman WAVE available, and the Classic scissors is entirely adequate for most clipping needs. The Deluxe mentioned above was also four layers thick, which made it too bulky and uncomfortable to carry in a pocket. The Tinker is two layers thick, which makes it just about right for pocket carry.

My current Tinker is the basic model that sells for $15 to $20. It’s widely available everywhere, and inexpensive enough you can lose it without much emotional trauma. Since I frequently give knives to Boy Scouts and other deserving kids, a Tinker is a great starter knife to have along. 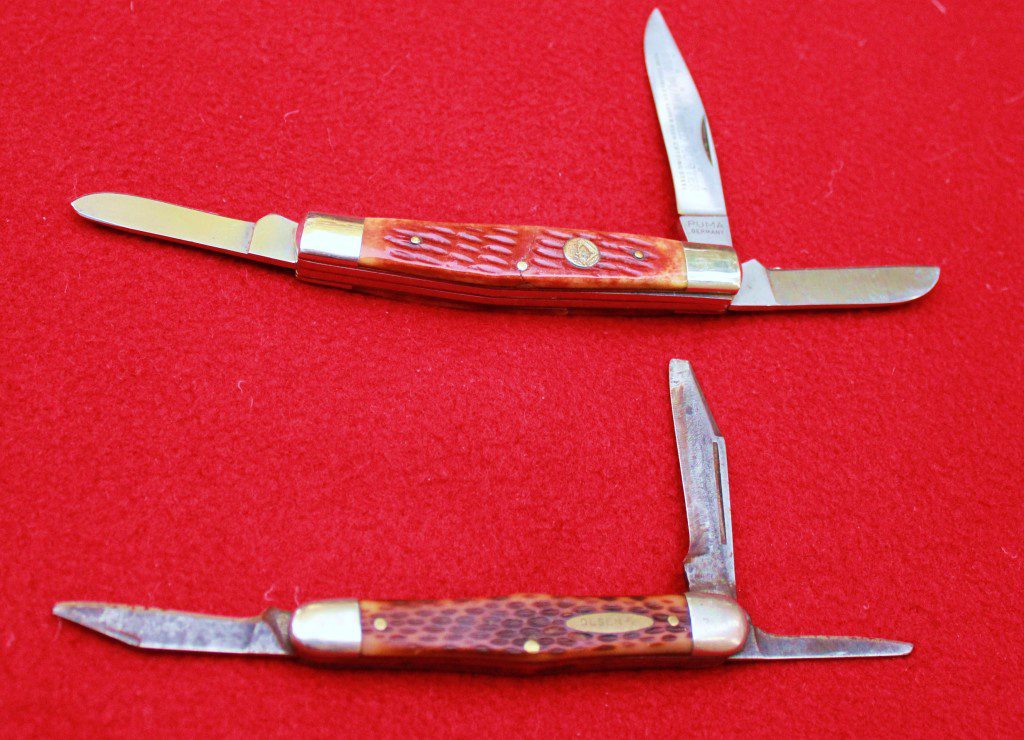 But I’m hanging on to my current Tinker. It was a gift from my good friend, the late Jim Grenfell, a retired UCLA dental professor, blacksmith, scout volunteer, knife maker and fellow seeker of esoteric knowledge. I miss him.

We were once discussing the best overall pocket knife, and Jim was expounding on the virtues of the Tinker. I argued persuasively in favor of the three-blade Stockman pattern that I carried for years. (Combine a Stockman with a SAK Classic, and you’ve got all your bases covered.) But I could appreciate Jim’s points about needing a tweezers and small scissors.

“Sounds like I need to get a Tinker,” I commented.

Jim reached in his pocket and handed me his.

He was right. I like using the knife, and will pass on my Tinker at some point. Probably to my son, who also appreciates knives in his own esoteric lifestyle, different than mine for sure, but he inherited a passion for tinkering.

Some day. Not any time soon, but some day.