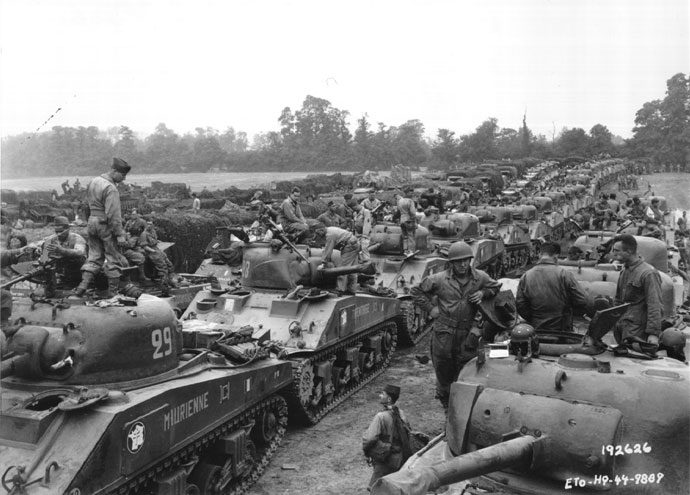 On Memorial Day weekend, 2020, we salute all service members by re-posting one of our most popular stories about World War II.

A while back my brother, Michael Pantenburg, suggested that I write a blog post about my dad’s ‘chicken dinner’ story from World War II.  He felt the story that was remembered fondly by our entire family was a salute to the people who supported our troops when they were so far away from home and fighting for survival.

Well, this site is reader-driven.  And I maintain that hot, tasty food is certainly fundamental to survival. With that proviso, here you go!

My father, Captain Charles R. Pantenburg, served as a U.S. Army infantry officer in the Pacific and European theaters during World War II. His dress uniform (the one he wore the night he met my mom) had three rows of campaign ribbons, topped with a Combat Infantry badge. He fought in the Battle of the Bulge, and was later company commander in a combat unit in Patton’s Third Army.

But Dad didn’t tell war stories, and the ones I pestered out of him were, to my adolescent ears, pretty dull and mundane. Dad was close-mouthed about anything that had to do with the war.

The stories I pried out of Dad might be service-related, but there were no blood-and-guts combat tales. His answers to my direct questions were short and to the point or ignored. Even a kid could tell there were things he didn’t want to talk about.

And sometimes, he acted strangely, for no apparent reason. All his kids knew not to sneak up behind him, or crumple paper loudly and Dad absolutely hated frozen bread. 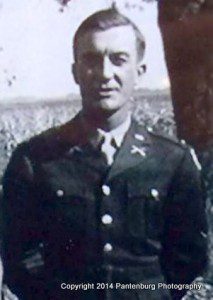 Dad, at home on leave, before shipping out to Europe in 1944.

But even as a kid, I was fascinated with World War II and didn’t give up trying to hear some stories, because Dad had brought home some really cool stuff.

There was a Hitler Youth knife, an SS dagger, and a K98 Mauser rifle with bayonet he brought home after something called the “Bulge.”

And he had two Samurai swords, a Nambu pistol and a .31-caliber Japanese “Chrysanthemum” infantry rifle, complete with bayonet, from the Pacific theater. Locked in the gun cabinet was a German Luger pistol, and Dad’s M-1 carbine was the first centerfire rifle I ever fired.

But here is one story my siblings all recall hearing, and Dad liked telling it. As a kid, I thought (privately) the recollection was pretty dull, because it involved southern fried chicken, and Sunday dinner.

Dad’s infantry outfit was doing jungle warfare training somewhere in the Louisiana wetlands and they were being trucked from one area to another. This was before D Day, and the troops were training for the invasion of Japan. Dad’s outfit had had amphibious training, and he was scheduled to be with the assault team that established a beachhead at Osaka.

Dad, a military policeman at the time, ended up directing traffic at the intersection of two dusty roads on a Sunday morning.

“I got to that corner about dawn  and I was already tired, hungry and wet,” he recalled. “Then the dust stirred up by the vehicles just covered me.”

Added to the torment was the mouth-watering aroma of someone frying chicken within smelling distance of Dad’s post. By  about noon, traffic had slowed to a trickle and an occasional straggler vehicle. A small boy ran out of the good-smelling house and up to him.

“Hey. Mama says you’re supposed to come in and eat dinner with us.”

Dad was touched at the kindness and very appreciative of the invitation, he said, but had to tell the boy that leaving his post would bring a court-martial.

“Besides, I’d been wading around the swamps all night,” Dad said, “I was so filthy I would have been embarrassed to go into a pig pen.”

The boy scampered off and returned almost immediately. 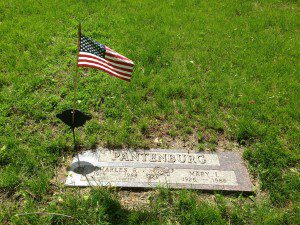 My dad and mom are buried  in the Ames, Iowa cemetery. (John Nerness photo)

Thanks again, but that wouldn’t work either, Dad explained, because he had to use a whistle and hand signals if any more vehicles came that way. He wouldn’t be able to stop and eat.

“I sure hated to turn that dinner down,” Dad added. “We’d been eating cold rations for a week, and the smell of the chicken frying and all that good food was pure torture!”

The boy ran back into the house, and a few minutes later, a middle-aged lady, “still dressed in her Sunday best, with an apron on, ” Dad said, came out with a tray. The plate was heaped with black-eyed peas, greens, biscuits, mashed potatoes and gravy and “fried chicken, as only a Southerner can cook it.”

“You eat!” she commanded.

So there she stood, next to the smelly, grimy soldier with the M-1 carbine slung over his shoulder, holding the tray and providing a much-needed glimpse of home until Dad could finish eating. The small boy was sent back into the house for more iced tea and chicken. And Dad did full justice to the home cooking!

He’d hardly finished eating when  the last truck in the convoy came along to pick him up. Dad didn’t get the lady’s name, and never got back to that area.

“She wouldn’t even let me thank her,” Dad said. “She said her other boy was in the Pacific.”