Sight in your rifle for maximum hunting success 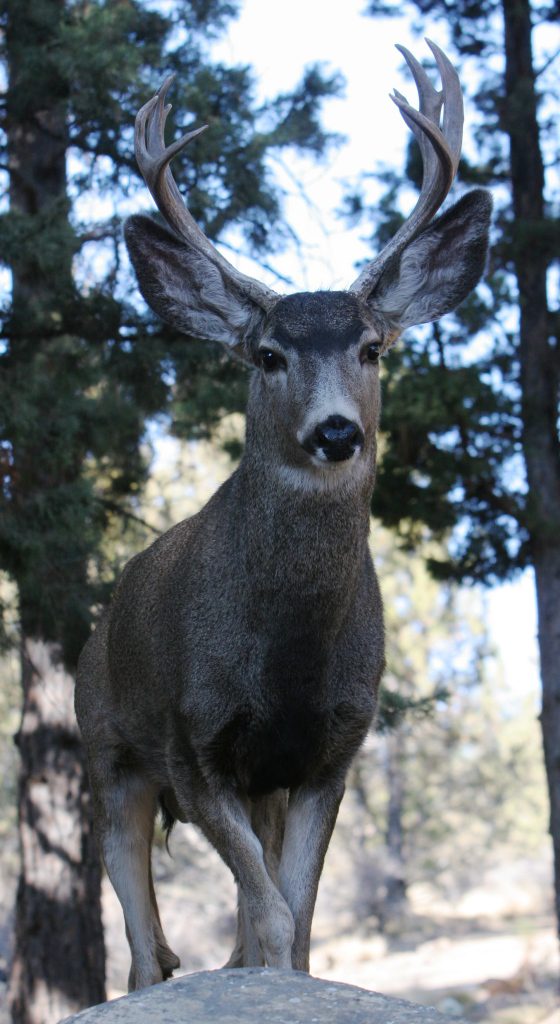 I hunt wide open spaces out west, and in southern swamps with standing water.

The zero setting on my rifle is never changed, and it always works really well.

The target window was about three inches through the brush, and the whitetail buck was 15-20 yards away in an overgrown thicket. I dialed the scope up to seven power to count antler tips. When I got to the requisite number, I moved the cross hairs down to the spine and squeezed the trigger. The buck dropped in its tracks. 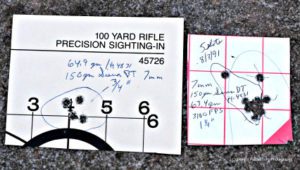 The Seven MM Remington Magnum printed three inches high at 100 yards after a 25 yard dead on zero. In the target on the right, I was shooting for fun.

At the other end of the spectrum, I had been watching a buck about 225 yards away for several minutes as it flirted about the edge of the field.

Then, further down the field, a bigger buck I hadn’t seen before walked out. It was sniffing and acting spooky and seemed ready to bolt in an instant. Without hesitation, I put the cross hairs on the bigger deer’s shoulder and fired. The whitetail dropped in its tracks.

In both of these situations, my 7mm-08 was zeroed to the same point of impact, and I didn’t need to adjust for elevation or anything. The cross hair was placed where I wanted the bullet to hit, and it worked like a charm.

I’ve used this zero for decades, all over the country and it works. I learned it from reading the legendary Jack O’Connor in outdoor magazines. I carefully considered every thing he wrote about big game hunting

This buck was harvested in a Mississippi swamp at about 60 yards. That was a long shot for the swamp.

Here’s how to do it. (We’ll suppose you’re shooting a caliber in the .243, .308, .270, 30.06, etc. categories.) Sight your rifle to hit dead on at 25 yards. At 100 yards, the rifle will hit about three inches high. At 150 yards the bullet will be about four inches high. The distance at which the bullet drops four inches below point of aim is that cartridge’s maximum point blank range.

What we’re doing here is zeroing the cartridge for its maximum point blank range (MPBR) on an eight-inch target. That means bullet impact is zeroed as high as needed (usually  about three inches) at 100 yards to ensure bullets strike no higher than four inches above the aiming point at peak trajectory (usually around 150 yards). Think about it as shooting down an eight-inch pipe. 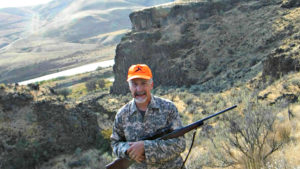 An average shot in the Oregon high desert would be about 200 yards..

The nice thing about this zero is that at any range, from the end of the barrel to your cartridge’s MPBR, you don’t have to think about elevation. Just put the crosshair in the middle of the vital zone and fire.

Also, if you have to check the zero on a rifle in the field, it is usually easier to find a 25 yard area than one that goes out to 100 yards.