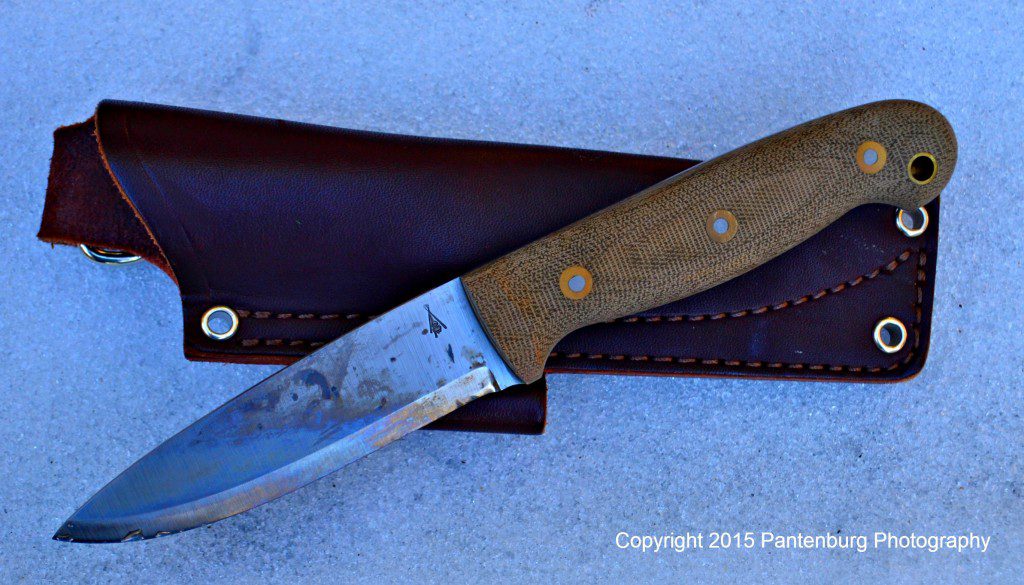 The grind of a blade will determine what jobs it does well. These choices work for me. Here’s how to choose that best grind for your knife.

I  can break down my blade grind preferences to three: convex, scandi (or flat) and sabre (double bevel). These do everything I need quite well, and IMO, are all the average user needs to consider when buying a knife.

That statement is bound to stir up some discussion! So what are we talking about here?

The grind of a blade refers to the shape of the cross-section of the blade.

These basic grinds will cover most of your cutting needs (KnivesShipFree.com illustration)

The best  grind for your knife will depend upon what the blade is to be used for and the steel the blade is made of.

Knife manufacturers may offer the same model of knife with different blade grinds.  Owners of a blade may choose to reshape it as a different grind to obtain different blade properties. A trade off exists between a blade’s ability to take an edge and its ability to keep an edge.

In 1991, I bought a Cold Steel SRK as a hunting/survival knife. I took it to a knife shop and had them remove the black finish, and re-grind the double bevel into a convex. That knife served me well for many years, and I’m glad I made the alteration early.

To pick out the best grind for your knife, figure out what it will most likely be used for. In my case, that means a grind that can handle big game skinning and gutting, cleaning and possibly filleting fish and bushcraft tasks.

Here are my three favorites: 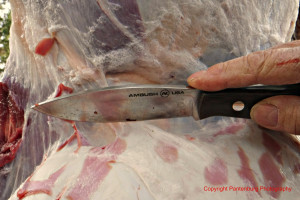 The Tundra makes a great skinning knife. But the Tundra’s secondary bevel is not as efficient as a full convex.

Convex: For me, the best overall grind, day in and day out, is convex.

Rather than tapering with straight lines to the edge, the taper is curved. Such a shape keeps a lot of metal behind the edge making for a stronger edge while still allowing a good degree of sharpness.

Last November, I tried three different grinds while skinning out a bull elk. I used an Ambush Tundra, with a double bevel; a Sahara with a convex, and a C.T. Fischer Nessmuk with a Scandi grind. I would use one knife for several strokes, then rotate to another. When the animal was skinned, convex emerged as the winner.

Skinning is about separating the hide from the muscle and fat, and you do that by cutting the connective tissue between the two. I didn’t nick the hide with any of the knives, though all were shaving sharp. The convex just seemed more precise to use, though, and it appeared to take less effort to use.

I also prefer the convex edge on my fillet knife. Converting a mess of fish into fillets can take a lot of cutting, and the convex holds an edge like crazy, even on the traditionally flexible fillet knife blades.

Convex is not difficult to sharpen, but it does take a little practice. Here’s a great video series about sharpening convex blades.

Scandi: The Scandinavian Grind is a wide flat bevel that runs to the edge of the blade, according to Ragweed Forge, and there is little or no secondary bevel. The primary angle is engineered to match the quality of the steel and intended use.

These L.T. Wright knives show different grinds. The Genesis, top, has a sabre grind, while the GNS has a scandi.

Recently, the Boy Scout Troop I hang out with bought 50 Mora 840 Companions for the boys to use. Among the reasons the Moras were chosen was their Scandi grind.

IMO, Scandi is the easiest grind for newcomers to learn sharpening with. It’s simple – just put the bevel flat on the stone and with alternate strokes, work the bevel until the edge is sharp. It forms its own sharpening guide.

Also, a Scandi grind is excellent for wood carving and various utility projects. It is superior for splitting wood, and  does very well for cleaning fish.

Sabre (double bevel): This is a variation with a flat grind over the width of the blade. Depending on the thickness of the blade, this usually requires at least some secondary bevel. This is a nice grind for thick blades that also need to be keen. The long taper offers little resistance to the material being cut.

The saber grind is one of L.T. Wright’s favorites. According to the website,  the saber grind is strong, heavy-duty, and good for tougher jobs. The grind makes quick work of bushcrafting, field-dressing game, and splitting wood.

So what about the others?

Hollow grind: The blade is ground to create a concave, beveled cutting edge. This is how straight razors for shaving are ground. The result is a very sharp but weak edge. It requires stropping, which is fine, but the edge won’t last long.

Chisel: According to Knife Edge Grinds,  a chisel grind has only a single edge angle. These are widely used in Japanese cooking. Knives which are chisel ground come in left and right-handed varieties, depending upon which side is ground. This is a specialty grind that isn’t the best choice for an all-around knife.

Serrated: Again, these are specialty grinds. An EMT or first responder may need a serrated edge for cutting seatbelts or zip-ties. Bread knives are traditionally serrated. These knives do their intended jobs very well, but their grinds wouldn’t be good for an all-around knife.

Bottom line: Choose the grind that fits best with what you anticipate using the knife for. As always, pick what is going to work for you.