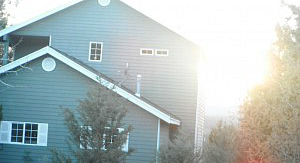 Summer storms are made worse by hot weather! Heat waves, coupled with power outages, can be deadly. Learn what you can do!

What happens when an earthquake occurs along the New Madrid Seismic Zone (The United States’ second largest earthquake area, located near New Madrid, Mo., along the Mississippi River)? And how much worse will conditions be if this catastrophe happens during the winter when it’s -20 degrees? 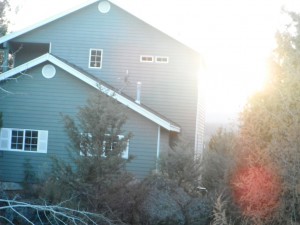 A heat wave can be more deadly than below-freezing temperatures.

On the other hand, how will you stay cool and safe, if an earthquake, flood, tornado, hurricane, tropical storm etc. knocks out the power grid when the temperature is well over 100 degrees outside? If you don’t have to evacuate, how can you stay cool inside your house without power?

To start with: Don’t underestimate the danger of high temperatures!

About 400 Americans die each year from summer heat, according to the Centers for Disease Control and Prevention. Furthermore, the National Weather Service claims excessive heat is the number one weather-related killer, causing more fatalities per year than floods, lightning, tornadoes, hurricanes, winter storms and extreme cold. There are energy-efficient, environmentally-sound methods of dealing with the heat inside your house, says Bobbie J. Bourne of the Bend, Oregon American Red Cross.

Start staying cool by taking care of yourself, and keeping hydrated, Bourne advises, and reduce physical activities during the hot part of the day.

“If you’re thirsty, that means you’re not drinking enough,” Bourne said. “Avoid caffeine and hot drinks and make sure you drink lots of water and drinks that replace electrolytes, such as Gatorade. Eat smaller meals, and eat something cold. Wear loose, light-colored clothing. You might want to put water in a spray bottle and cool yourself off with that.”

Then take a look at your home and think about how you can reduce the heat coming in, and regulate the interior temperature naturally. That beautiful sunshine pouring through the windows also heats up the air inside, so a good way to reduce that heat source is with drapes or window coverings. 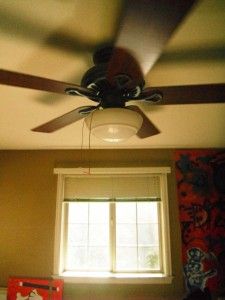 Shut the windows during the heat of the day.

An effective way to use the coverings, Bourne says, is to pull them shut during the day when the sun is beating on the windows.

“Keep your windows open at night, so the cool air can come in, then shut the windows and pull the drapes in the morning,” Bourne said. “Your house will stay cooler during the day. When it gets cooler at night, open the windows and get the hot air out of the house.”

Depending on the emergency, there might not be electrical power to the area for months, or it might be sporadic. If the power does come back on, even briefly, a good, quick way to get the hot air moving out of the overheated house is with a pair of electric fans.

Place one facing in by the window where air is coming in, Bourne said, and one at an opposite window positioned to blow warm air out. This can create a nice “wind tunnel” effect in pulling air through the house, and that will cool the interior.

Let’s suppose that there is some intermittent electrical power available, but you can’t use the central air conditioning. Here are some tips from the American Red Cross for staying cool inside when it’s hot outside:

Survival of any emergency, be it in an urban or wilderness survival situation, ultimately all boils down to education and preparation. Think about possible weather scenarios – hot or cold – as part of your family’s preparedness plans.

(Here’s an unrelated poem by James Autry called Nights Under a Tin Roof. It’s here because I like it!)