Video: Beware of ‘Widow Makers’ in the forest 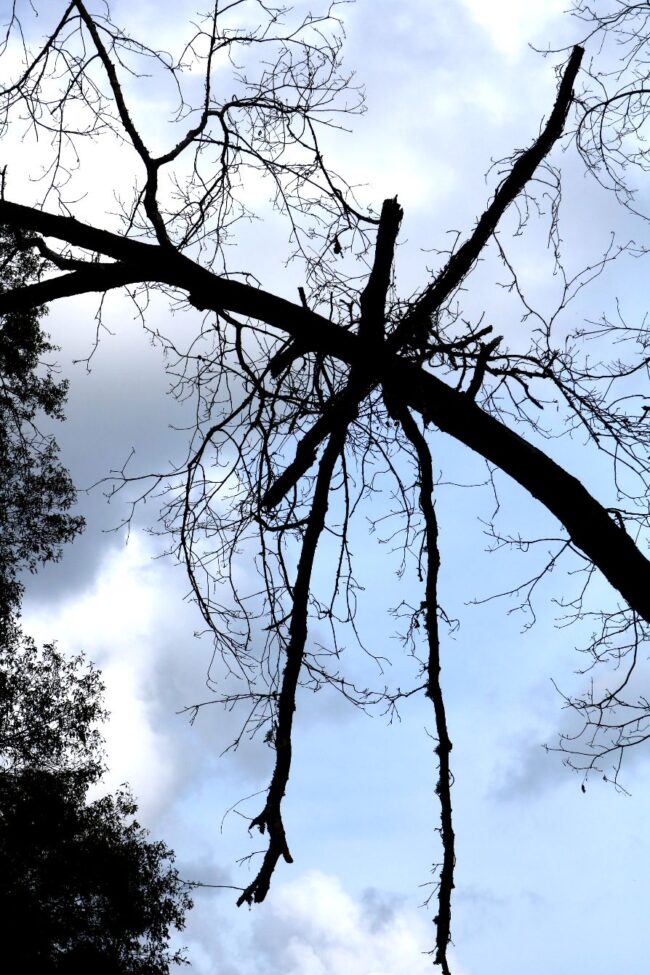 Walking in the woods is one of my favorite things.

But danger lurks in the tree tops. 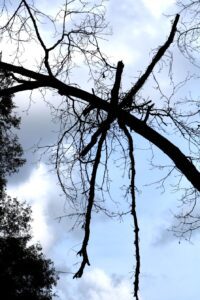 Widow-makers are detached branches in tree tops that may fall.

John Herron Mitchell died Saturday, Aug. 26, 2017, at University of Mississippi Medical Center in Jackson of an injury caused by a falling limb at a hunting camp exactly one week earlier. He was 57.

That’s the first line of Mr. Mitchell’s obituary. His brother, Charlie Mitchell, is a dear friend of mine. The tragedy was sudden and completely out of the blue. The family was devastated.

Unfortunately, that is generally how it is with widow-makers. I googled “widow-maker” and found they are quite common. Widow-makers are responsible for 11 percent of  all fatal chainsaw accidents, according to the National Institute for Occupational Safety and Health.

According to Wikepedia: “(A) widow-maker also known as a “fool killer”  is a detached or broken limb in a tree top. The name indicates that the limb can kill forest workers by falling on them.

“It’s used to describe a broken or dead branch in a tree that is hanging or ready to fall,” he says. “It falls on you and your wife’s a widow.”

“Widow makers” can be found on all kinds of trees, Coate said, but conifers are among the most likely contenders to drop a limb on an unsuspecting passerby.

Broken, suspended branches are the most common type of widow- maker. Widow-makers can be tough to spot, especially in a thick canopy. Be on the lookout for light-colored wood, like from the inside of a branch. That’s a big sign that the limb has broken off the tree.

The best way to avoid widow-makers is to look up frequently when walking in the woods. Don’t let your pleasant walk in the woods become a tragedy.

Happy dad: My dad lived on Maui Hawaii for 25 years and he always made sure I was never standing under a coconut tree when I was there visiting. Every year a handful of tourists die, they (the coconuts) fall out, hit you in the head and you’re a goner.