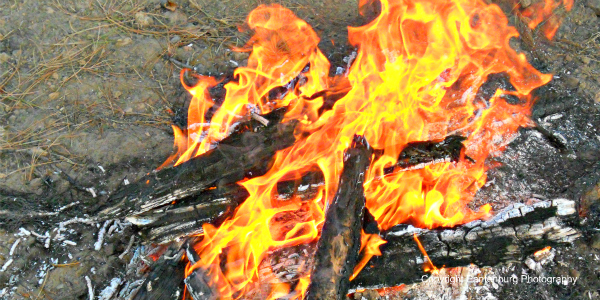 One of the most effective methods of starting a survival fire is also one of the oldest – flint and steel.

Here is why you should consider adding a F&S kit to your survival gear.

FLASHBACK: It was a frosty morning in 2001, and several Boy Scouts from Troop 18 in Bend, Oregon were completing their final campout to get the Wilderness Survival Merit Badge. The scouts had to spend the night in a shelter they had made, without a sleeping bag. Nobody expected the temperatures to drop to 19 degrees. Several of the scouts spent a comfortable night and had to be awakened in the morning. Several others spent the night huddled around a campfire.

For the final exercise, the scouts had to build a fire. I watched a couple of them gather wood. I respected them for sticking it out over the night without complaint and gave them a big piece of newspaper to use for the initial ignition. They crumbled up the paper and picked up a green pine branch covered with frost. With difficulty, they got the paper lighted, tossed the green branch on top then huddled around the tiny blaze until it went out. 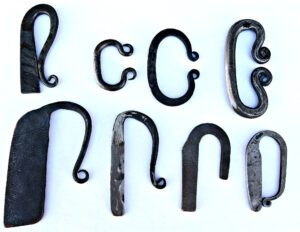 These are modern replicas of ancient striker designs.

That was the emphasis for finding a more effective method of teaching survival fire making. I went to a camporee where Bill Henry, a mountain man reenactor, was teaching flint and steel fire making to scouts. Judging from the kids’ interest, F&S had a lot of potential as a teaching tool.

The technique is simple: strike a rock with a piece of high carbon steel, creating sparks. Catch the spark on a piece of charred material and blow it into an ember. Put the ember in a tinder nest and blow it into a flame. The method’s effectiveness was very impressive. But more important was the scouts’ enthusiasm for learning the ancient skill. I decided to get good with F&S.

Some seven years later, after helping teach several thousand scouts F&S, I was awarded a BSA District Award of Merit for outstanding service to youth after helping set up the fire making teaching program.

Since that campout some 20 years ago, I have not used anything except flint and steel or some other primitive method to start a campfire. I still carry a flint and steel kit as my primary method of survival fire starting. The F&S method works very well and is worth learning.

Here is why the old time method has a place in your modern survival kit.

To start with, the system breaks down into three parts:

Flint or some other type of hard rock. There are any number of rocks that will work, and I’ve received user rocks from all over the world. (Start teaching F&S and people send you rocks.) You’ll also start seeing rocks that might work. I really enjoy walking creeks anyway, and I always have a striker with me. It’s a simple matter to pick up a likely-looking rock, give it a whack and decide if it will spark. If it doesn’t, toss it back where you found it and Leave ‘Er Right There. (Hence the word “Leaverite” – get it?)

Striker: A striker can be any piece of high carbon steel that will throw a spark. My collection includes a variety of sizes and shapes. I’ve seen people on YouTube use the back of a high carbon steel knife blade to make sparks, but I have never managed to get that to work. 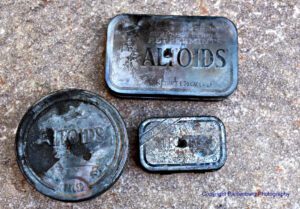 These Altoids tin containers work well for charring materials. All your kit materials may be carried inside.

Char: Many organic substances can be charred to make a material to catch a spark. Char is a small piece of material made from a natural fiber, such as linen, cotton or jute, that has been converted through the method of pyrolysis into a slow-burning fuel of very low ignition temperature. Pyrolysis is defined as “a thermochemical decomposition of organic material at elevated temperatures in the absence of oxygen”. ( IUPAC Compendium of Chemical Terminology, Research Triagle Park, NC: IUPAC, ISBN 0-9678550-9-8,)

Charcloth is a cloth that has been “cooked” like charcoal is at high temperatures until it becomes black. Properly-made charcloth will easily catch a spark and grow into an ember.  This ember can be transferred to a tinder bundle and blown into a flame. I prefer using 100% cotton, and denim jeans are my standard charring material. Here is how to make charcloth.

The materials for making a kit can usually be found. F&S is a DIYer’s dream. Pick up a usable rock in the nearby creek or parking lot. Make a charring tin out of an Altoids tin. Look in the nearest tool box and use a file for a striker. Use the hem of your jeans or a cotton bandana for charring. Go to reenactments or historical fairs to find authentic materials. The list can go on and on.

The materials can easily be replenished: When the Shinola Hits the Fan, matches and other modern ignition tools could become scarce. As long as you know the F&S technique, there should never be a reason why you can’t get a fire started.

Rocks can be found: I’ve used rocks to make fires that have been picked up along side a road, in ditches, in parking lots, along beaches etc.

Charcloth is easily made: In a survival situation, one of your first actions should be to start a campfire, then make more charcloth in your charring tin. Somebody in the party will have some article of clothing that is cotton. The hem of a pair of jeans, a cotton bandana, a tampon or a shirt tail – virtually anything that is 100 percent cotton – can supply enough material to make char for a long time.

Don’t overlook natural materials. I’ve picked up cotton from alongside the road and charred that. Other materials that might work for include some tree bark, cattail stems etc. Think outside the box.

If your charcloth should get wet, you can dry it out and it will work just fine.

The technique is easily learned: In the 17 years I was with Troop 18 in Bend, Oregon, we probably taught some 13,000 to 15,000 people how to use F&S. These fire-making seminars were presented to scout troops at camporees, in schools, at the Deschutes (OR) County Fair, and at other outdoor functions. We never found someone who absolutely could not start a fire started using our methods and our components.

Superior performance: If you have 20 matches, you might be able to start 20 fires, right?

Not necessarily. If it is windy, you might use up all those matches trying to get a blaze going. Or some of the matches wouldn’t light. Or all of them may have deteriorated in the match container.

But once a spark lands on the charcloth, wind only makes the ember grow faster. Once the ember is placed in a tinder bundle, it needs oxygen to ignite.  The wind that could blow out all your matches would only help your F&S fire grow faster.

Convenience: I usually wear a belt with a striker buckle, and there is a piece of charcloth and firestarter in my wallet. I can probably find a sparky rock. With these materials, I am confident I could start a fire under adverse conditions. I don’t even think about packing my F&S fire making kit – it is such a part of my daily routine that it will never get left behind.

So is F&S the best ignition method to carry in the wilderness?

Nope, I don’t think there is one. I generally have a complete fire making kit with different components that should cover every situation and environment. (Check it out.)

But you can’t have too many different methods for survival fire starting and F&S could be one of those.