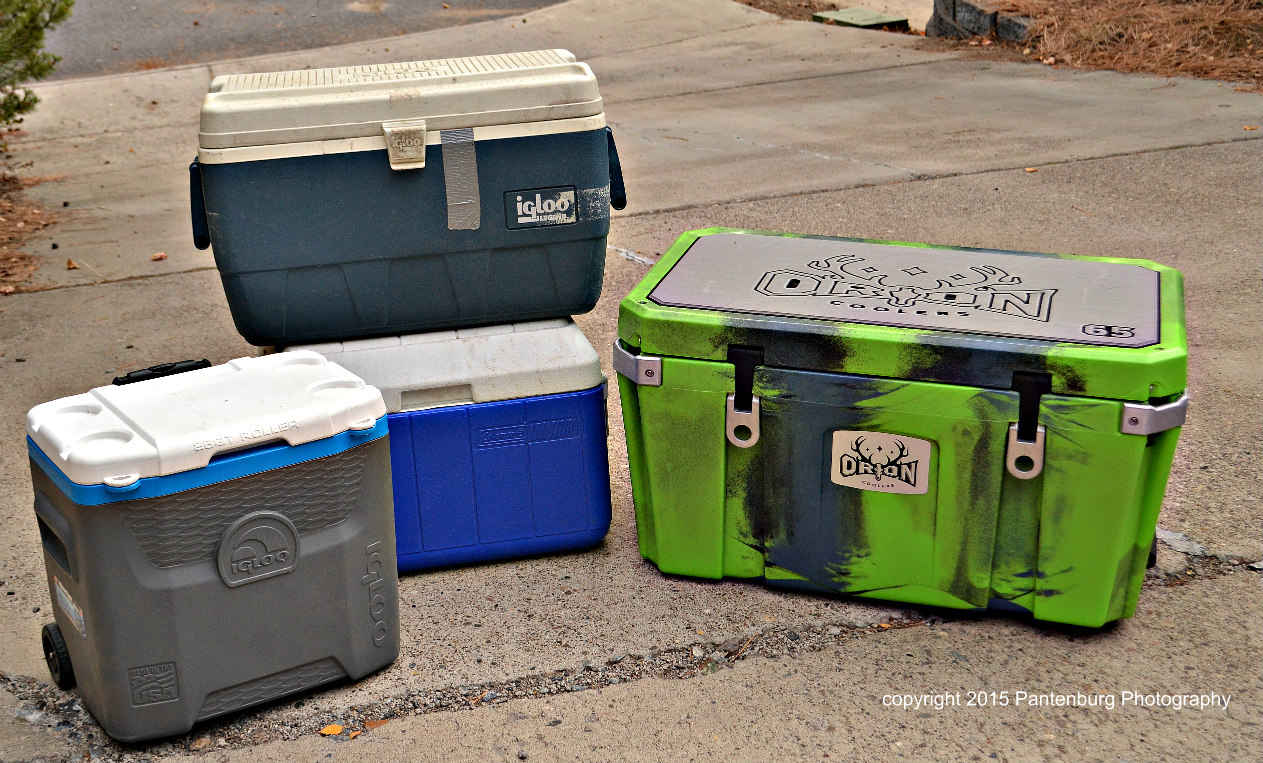 Most of us don’t need a high end cooler. But when you do need one, it could be worth every penny of the investment.

We check out the Orion 65 quart cooler.

Disclaimer: Orion supplied the cooler for this review. I was not paid to write this review, and Orion is not an advertiser on SurvivalCommonSense.com.

If there is a market for a product, someone will produce it.
That’s what happened with coolers. Better technology produced coolers that last longer, keep ice frozen longer and are more rugged. 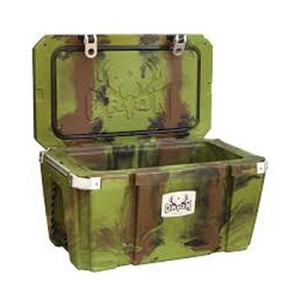 People started buying them. In some ways, these new, expensive coolers become a status symbol. Take one to deer camp or on a fishing boat, and it is a clear sign you can afford to drop almost 500 bucks on your hobby.

Do you need one?

Well, if you’re tailgating at a football game, taking a canoe trip on a hot day or going to a picnic, all that’s needed is a leak-proof container to carry ice to keep the beer cool. You might need a place to put fish.

But it’s a different deal on a week-long rafting trip. Or how about that isolated hunting camp, where you need to keep game meat cool for a week?

What about emergency survival needs? Suppose you have to store frozen food somewhere to keep if from spoiling after the electricity went out  Worst case scenario (think Hurricane Katrina):  It’s hot as hell, the power went out, floodwaters have isolated everything, and you have to keep vital prescription medications cool.

I have a collection of chest-size 48-gallon coolers, the cheapest ones available. For years, I would fly to Mississippi from Washington D.C or Boise, Idaho to hunt deer. 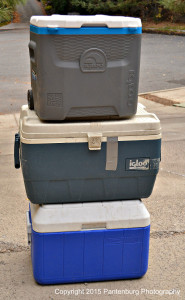 My cooler collection came from years of flying venison home from Mississippi hunts.

It was cheaper to buy a cooler at a box store than to fly one round trip. When successful on the deer hunt, I’d bone out the meat, wrap and freeze it. Just before leaving, all the meat that would fit went into a cooler. (A 135-pound whitetail buck would produce about 60-70 pounds of boned-out meat.)  When I got home, some 12 hours after takeoff, the meat would still be frozen solid. Excess coolers would be given away.

I killed two bucks last November in Mississippi, and that technique, as always, worked well.

But if you need to keep meat frozen for longer periods of time, you need a better cooler. That’s where the Orion can be really useful.

Here’s the tech specs of the Orion 65 Quart cooler: 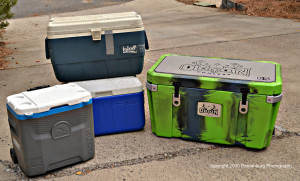 The Orion 65 has large capacity and really good insulation.

Weight: All this quality comes with a cost. The empty cooler weighs 39 pounds. Load it to the gills with ice, beer, fish or meat, and it would easily go over 100 pounds. It will take two strong people to move it around. Know this going in, and plan on getting help to move the loaded Orion.
Cost: None of these new extreme coolers are cheap. You can plan on spending about $500 for an Orion 65 or Yeti of the same size. IMHO, this is too much for a tailgate cooler for the football game, or a beer cooler on a day trip.
Size: A 65 gallon cooler is huge. It won’t fit in just any car trunk, and it is more suited to being hauled in a pickup bed, drift boat or four-wheeler. But you know this going in. Plan accordingly.
Do you need one?
If all you do is day trips or tailgating parties, you probably don’t need to invest in a Yeti, Orion or any other extreme cooler. On the other hand, an Orion might be just what you need for a successful hunting or fishing trip where the weather might get hot. And in an emergency scenario where you need to store insulin or antibiotics in a cool area, the Orion could prove to be priceless.
You’ll decide if you need an Orion. As for me, hunting season isn’t over yet, and I hope to find out that the Orion is indispensable!
Please click here to check out and subscribe to the SurvivalCommonSense.com YouTube channel, and here to subscribe to our weekly email update – thanks!