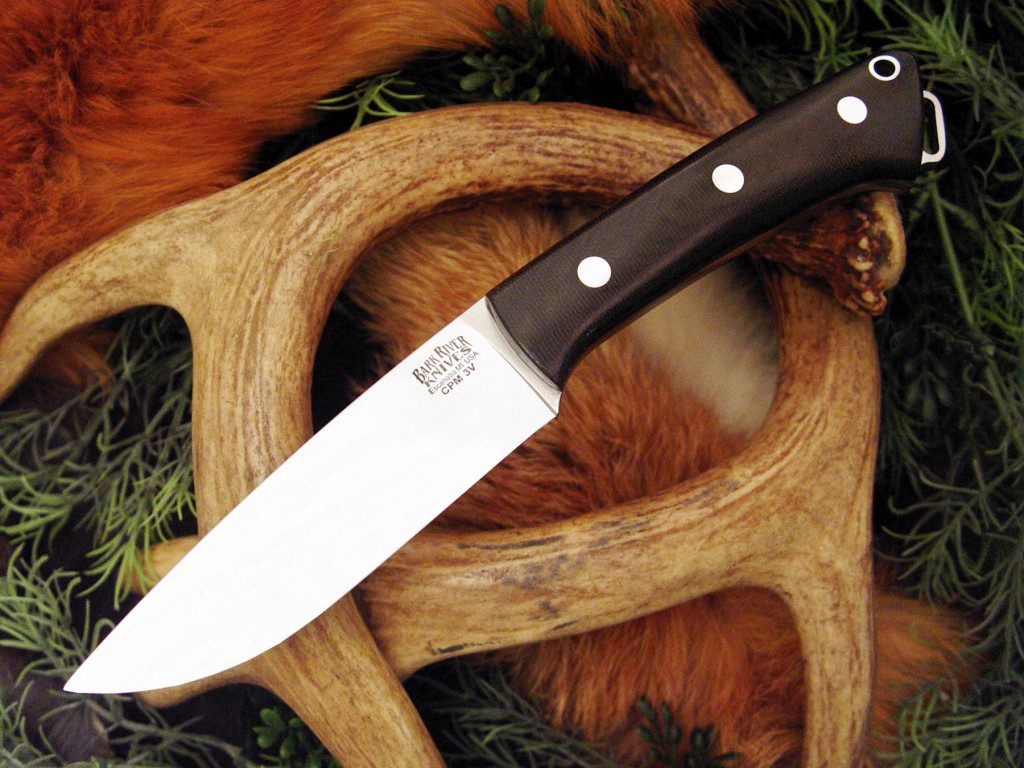 I bought this knife to review. At the time of publication Bark River Knives has no affiliation with SurvivalCommonSense.com.

Everybody should have a good survival/hunting knife. The Fox River, made by Bark River knives, might be a good choice for you.

I have a weakness for custom knives, which is totally out of proportion  with my ability to buy them. So while I have several C.T. Fischer custom knives, I’m always on the lookout for a high-end, affordable knife that will serve as a survival tool as well as doing a good job as a hunting knife. 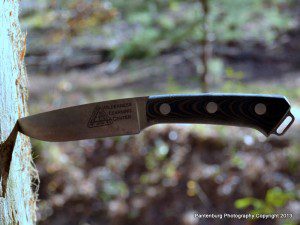 The Bark River Fox River knife. I used this knife for several  months, and found it to be a good, reliable product.

I’ve been carrying a Bark River, Fox River model knife for the last several months, and I like it very much. I had intended to gut and skin a deer with it in October or November, but I didn’t kill one.

Any knife I acquire in the survival/hunting category will have to meet some requirements.  I want a four-to-five-inch rigid blade with a drop or clip point. Since I generally hunt in fairly isolated areas, weight and versatility are issues. The knife will have to do it all, from gutting the downed animal, to skinning and quartering. The knife shouldn’t need sharpening very often, but when it does, the edge should be restored quickly and easily.

These standards come from field experience and personal bias. It’s surprising how many knives can’t meet these minimal requirements.

The Fox River met those standards. Here’s a little info about Bark River Knives. The company is a family-owned business located in Michigan’s Upper Peninsula. Bark River emphasizes maximum product performance, according to their website, using a blend of traditional and contemporary designs and styles. Manufacturing methods are also a blend of modern and traditional.

• Ergonomic handle designs for ease of use

• Lifetime Guarantee-If you have any problem with your knife, just return it to Bark River Knife & Tool Co. and they will repair or replace it.

Here are the Fox River specs: 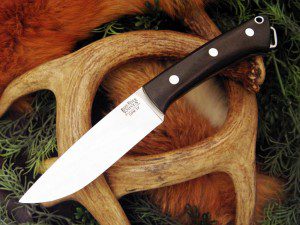 The Fox River series is designed to be a hunting/survival knife.

I ordered the Fox River that was endorsed by Kevin Estella of Estella Wilderness Learning Center. My first impression out of the box was that the knife was really well-made. Finish is superb, and the knife was razor sharp. I like the design very much and improving on it would be hard.

I used the knife for kitchen duties at a couple of camps and it performed flawlessly for the meat and vegetable slicing tasks. I also whittled some sticks for firestarting and used it for general utility cutting.

I saw no need or purpose for batoning firewood with the blade, even though I’m positive it would have done very well. I had to work to dull the blade, even a little. Finally, I deliberately dulled the blade, but a few swipes with my Grandpa’s butchering steel easily restored the razor edge.

The leather sheath is made by Sharpshooter Sheath Systems, and it is high quality. The sheath looks incredibly sturdy, and there is no question it will withstand years of hard use.

I had to be really nit-picky to come up with much I didn’t like about the Fox River. And most of these “complaints” have to do with my personal preferences.

Suggested retail price on the Fox River is $239.95, which isn’t cheap, but certainly within the reach of anyone looking to invest in a solid, reliable hunting/survival knife. Your knife may be the only tool you have with you when a survival situation develops. Find one you like, and you’ll enjoy carrying it. Don’t scrimp or cut corners when it comes to knife choice.

When I shopped for my first survival/hunting knife in 1990, it didn’t seem like there was a lot out there in the affordable quality knife market. I ended up choosing a Cold Steel SRK, and have used it with complete satisfaction. The SRK is in my emergency gear backpack, and I have no plans on replacing it.

But if I would have known about Bark River knives back then, my choice might have been a lot harder. And, now I’ll consider packing a Bark River. And that’s a huge compliment to any knife.