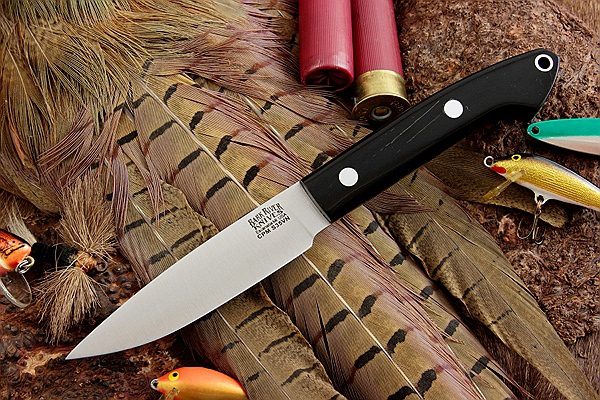 I won’t carry any knife that doesn’t earn its keep. I think I’ve discovered a new favorite in the Bark River Bird and Trout Knife.

In Central Oregon, a “Cast and Blast” float trip on the John Day River is about as much fun as a sportsperson can have. In the fall, you drift the river for smallmouth bass and steelhead salmon. When you hear or see chuckars, pheasants or quail, park the boat, uncase a shotgun and go birdhunting.

For this type of activity, you need a light, handy knife for gutting and field dressing, and that’s what the Bird and Trout Knife was designed for.

Here are the specs: 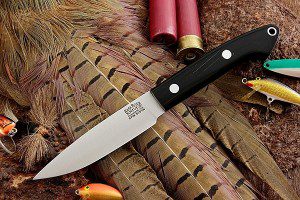 The Bark River Bird and Trout Knife is a great piece of cutlery for camp use, but it really shines when it comes to bird hunting and fishing.

I prefer a Mora-style knife for most of my small game hunting, so the Bird and Trout knife was an easy sell. My first impression upon opening the box was that this is a very well-made knife. Workmanship and finish is superb, and the blade comes wicked-sharp.

One of my favorite aspects of the knife is the “Made in the USA” part. The Bark River Knives company is a family-owned business located in Escanaba in Michigan’s Upper Peninsula. Bark River emphasizes maximum product performance, according to their website, using a blend of traditional and contemporary designs and styles. Manufacturing methods are also a blend of modern and traditional. 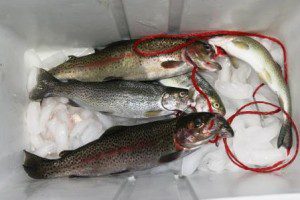 The knife is designed to work well on trout and upland game birds.

Customer service is something else I review, and so far Bark River has been exceptional. I went from the receptionist directly to the president of the company within two phone calls. Both people were courteous, very professional, and quickly provided me with the information I needed.

But great customer support doesn’t mean anything if the product isn’t good, so I started wringing out the knife.

All my knife testing starts in the kitchen. If a knife doesn’t work well under normal cooking and food preparation conditions, you sure don’t want to take it into the woods!

I don’t abuse a knife to test it – you can break anything – and I don’t baton wood to  test blade quality.  The knife will be used, as closely as possible, for its intended purpose.

The Bird and Trout Knife retails for $169.36, and all knives and axes Bark River Knives makes are guaranteed against manufacturing defects for life.  If you have problems with a product, just return it  and it will be repaired or replaced.

I’m a sucker for handy knives such as the Bird and Trout, and I like everything about this product. It is not a survival knife, but I foresee a long working relationship together.