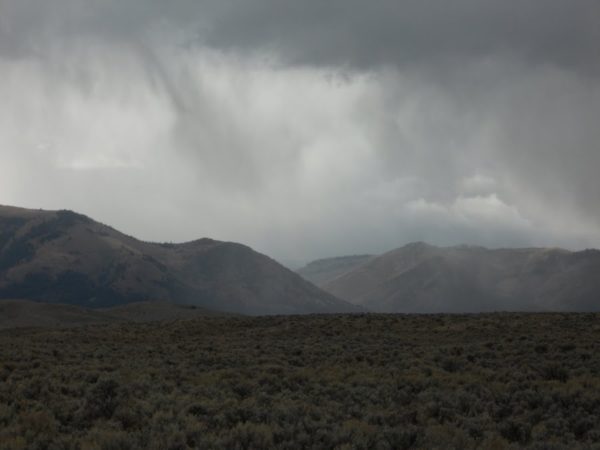 Want to learn valid survival skills – don’t depend on the movies!
These survival scenes from the big screen that could have used a lot more research!
by Leon Pantenburg

I watch movies to escape reality. For a brief time, I can vicariously enjoy someone else’s ideas, eat over-priced and decidedly unhealthy popcorn, and revel in escapism. (Most chase scenes put me to sleep though. How many times can you watch a car slide around a corner?)

But being a wilderness survival enthusiast and history nerd means that many survival scenes, filmed for dramatic effect, leave me wondering what the screen writers were smoking.

Here are four movie survival scenes that need to be taken with a pound of salt, and one that is valid and a good example.

The Revenant” (2015)
This is Hollywood’s take on the true story of mountain man and 1830s fur trapper Hugh Glass, portrayed by Leonardo DiCaprio. The real Glass was mauled by a grizzly, and though severely wounded, crawled more than 200 miles to safety.

Let’s cut to the chase.

Check out Leonardo’s escape from the natives. (Pay attention to the size of his horse.)

The chase scene starts out realistically. The natives were clearly not willing to negotiate, so leaving was the most prudent option. Until Leonardo rides over a cliff.
Actually, falls in general are one of the most common reasons people die in the backcountry. It doesn’t have to be a cliff face, the fall can be as simple as stumbling over a root and twisting an ankle which keeps you from walking.
In Leonardo’s case, surviving that fall would be nothing short of miraculous. But miracles happen, so that was not the problem I have with the situation.
My BS bell started ringing when Leonardo decides to gut the horse and crawl inside to survive the cold.
Here’s why that wouldn’t work: There is not enough room in the body cavity of a horse for an average-sized guy to crawl into. I have helped butcher many big game animals and a few steers. Generally, all the viscera can be contained on a standard washtub. The accepted ratio of intestines to body weight is about 30 to 35 percent.
It would take a huge horse to have an abdominal cavity with enough room for the average guy to potentially crawl into. (Think Budweiser Clydesdale as a minimum.) Leonardo’s horse was a much smaller animal, probably weighing between  950 to 1,200 pounds.

Stripping naked to crawl into the bloody abdominal cavity was crazy. Wool is warm when wet, and most of his clothing was probably wool.

Scrunching down in the fetal position might allow someone to get in a Clydesdale’s body cavity. Hollywood didn’t worry about hands and feet fitting inside.

And finally – how do you get out of that carcass after it freezes? It would take someone with an ax or hatchet to chop through the frozen flesh and bones.

Here’s the plot line of “The Grey”: After their plane crashes in Alaska, six oil workers are led by a skilled huntsman to survive, but a pack of merciless wolves haunts their every step.
Farfetched? Probably. Maybe. It could be the only reason there were not more wolf attacks reported in the United States is that there simply weren’t that many wolves around. Or it could be that the wolves don’t leave evidence because they devour the body.
The country with the most extensive historical records is France, where nearly 7,600 fatal wolf attacks on humans were documented from 1200 to 1920.
In Oregon, 189 men and 51 women officially remain listed as missing since 1997 after trekking into Oregon’s wildest places. This is  according to the George Kleinbaum, search and rescue coordinator of the Oregon Office of Emergency Management. Kleinbaum made these comments in a January 10, 2019 Oregonian story.

How many of these missing were potentially wolf victims?
Well, every myth has to have some basis in fact, and a wolf attack in a movie, especially in the dark is supposed to scare the viewers.

So the star, Liam Neeson, is definitely in trouble. Later in the movie, Neeson tapes broken bottles to his hands to prepare for battle. Chances are, he was more likely to get hurt with the broken glass than by the wolf.

“The Hunted” (2003)
“The Hunted” is a suspense thriller about a tracker, Bonham (Tommy Lee Jones), who teams up with FBI agent Abby Durrell (Connie Nielsen) to hunt down a trained assassin Hallam (Benicio Del Toro)

Hallam’s use of the the hand drill to start a fire is amazing and well done. A proficient hand drill user always uses just the palms of his/her hands. Also, a friction fire is not a dramatic bursting into flame.
The knife making scene is unrealistic. The forging technique is not going to work. Unless coal is available, the fire can’t get hot enough to forge steel. Bringing a metal to its forging temperature allows the metal’s shape to be changed by applying a relatively small force, without creating cracks. (“Metals – Melting Temperatures”. The Engineering ToolBox).

To forge carbon steel (which is what the springs were) requires a temperature of about 2,246 degrees. “In general terms, wood will burn up to about 2,000 degrees Fahrenheit depending on the type of wood and the way that a fire has been structured.” (https://firefighterinsider.com/)

In this movie, a smoke jumper and a traumatized boy fight for their lives as two relentless assassins pursue them through a raging fire in the Montana wilderness.

Here the survival scene involves getting through a forest fire.
Several years ago, I went to a fire school seminar designed to teach newspaper reporters how to survive a forest fire. As a reporter, I covered several forest fires.
The movie fire was not smoky enough, and it traveled too slow. Wildfires can travel remarkably fast, depending on the wind and the terrain. The movie forest fire seems to stay on the ground and it moved slowly.
In reality, a forest fire can travel faster than a person can run, and in the right conditions the blaze can create its own wind.

And forest fires are loud. In some instances, the flames seem to howl and the fires can make a terrifying squall.
There is no safe place near a forest fire. The fire can catch in the crown of the trees, and create a flashover that traps people. The best bet is to get upwind of the fireline, and try to move perpendicular to it. But this is not the safest place. I covered a fire near La Pine, OR where the wind switched 28 times.
Smoke is another concern, especially if the wind changes. All fires emit carbon dioxide, carbon monoxide, and particulate matter, including white (organic) carbon and black carbon.
Jumping into the water was really the only way to survive the fire. The water needs to be deep, so it completely covers the body, and so it doesn’t heat up and boil you alive.
Wetting a bandana or piece of clothing and breathing through it would have been a good idea. This would have cooled the air somewhat and kept them from inhaling embers or particles. The super heated air, even if it was clean, could sear the lungs.

Everybody knows the plot of  “Titanic.” I included this scene as an example of a good survival technique. Always carry a whistle. You can only yell for help as long as your voice lasts.

In this scene, Kate Winslett is about to die of hypothermia on the floating door, and Leonardo DiCaprio has sunk below the waves to a watery grave. Kate doesn’t have the strength to yell of help. At 4:02, she uses the whistle to save herself.

This example gets used every time I teach about emergency signaling. A simple whistle can be a lifesaver. Because many people remember this scene, it is an effective teaching tool.

Probably the biggest survival myth is that something big and dramatic is going to do someone in.

In reality, the survival situation can start from something as simple as getting a blister so you can’t walk fast, or tripping over a rock and getting hurt or taking the wrong turn on a trail. The little, non-dramatic things like hypothermia or dehydration can kill you as dead as a wolf or grizzly.

But those situations are not interesting, exciting or dramatic, and they won’t make the cut. Be careful of the little things!