Video: Survival lessons from the 1845 Meek’s Cutoff Wagon Trail through the Oregon desert 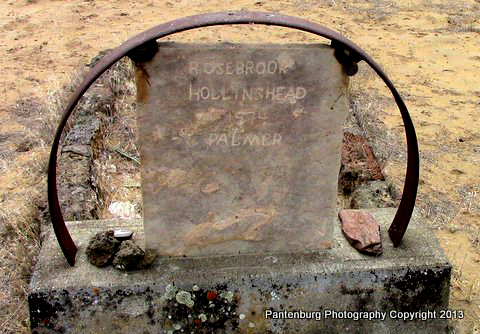 We can learn a lot about survival/preparedness from history. One of the most desperate survival tales associated with the westward expansion was about a lost wagon train in 1845 in the Oregon desert. Here’s what I found when I went searching. 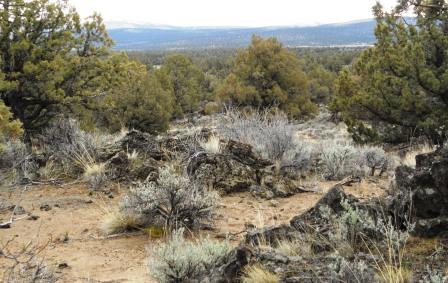 The Oregon Badlands are superb for practicing land navigation skills, but moving covered wagons through the area was a major challenge. (Pantenburg photo)

The desert near Bend, Oregon has been desolate, isolated and arid since time immemorial. In some areas, the terrain looks much like it did during the mid-1800s, when settlers headed west on the Oregon Trail.

In the summer of 1845, about 800 settlers, with 200 or so wagons left Vale, Oregon on a reported shortcut through the desert to The Dalles on the Columbia River. The guide, a mountain man named Stephen Meek, claimed to have found a shortcut, and he was hired by a wagon train to show the way to the promised land of Oregon.

You can imagine the rest – the wagon train got hopelessly lost. I’m guessing the only thing that kept settlers from stringing up Meek was the lack of tall trees.

After a great deal of time spent wandering, the company got to The Dalles in October. Twenty four never made it, and were buried along the trail.

There is an excellent book: Terrible Trail: Meek Cutoff 1845 by Keith Clark and Lowell Tiller, that is well worth reading.

Today, part of the area the Meek Cutoff party went through is south of Bend, in the Badlands Wilderness. I generally avoid the desert until the cooler months, but wanted to partially experience the area as the wagon train people might have. Recently, I went along the trail route looking for a grave from the Meek’s Cuttoff wagon train.

Today, the gravesite can be found by GPS coordinates. Naga, my black Lab office supervisor, and I decided to go crosscountry.

Here’s what I learned about the trail during our short trek:

It’s dusty: The only dust on my trail is what Naga or I kicked up. But the settlers had a much rougher time:

“….Since crossing to this side of the snake river again the road has been fearfully dusty. In fact, a person who has never crossed these wormwood barrens can form  no idea as to what depth dust may be cut up in them by the passing of a few wagons. To a person walking in the road, it is frequently more than shoe deep, and if the wind happens to blow lengthwise of the road, it raises such a fog that you cannot see the next wagon in front.” (Page 19 Terrible Trail: Meek Cutoff 1845 by Keith Clark and Lowell Tiller) 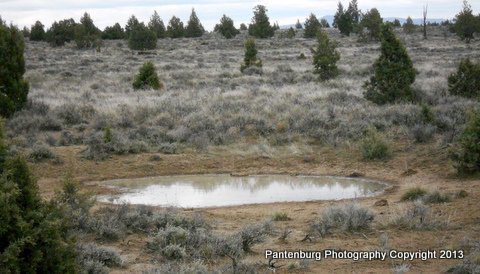 This seasonal water hole will capture spring rains, and dry up during the hot weather. You can’t depend on such places to supply water.

There’s not much shade: While there are many juniper trees in the area now, in the 1840s there were fewer trees because the periodic range fires thinned them out. I’m guessing that in the 1840s, the area was mainly sagebrush with a few junipers in rocky areas that escaped the fires. When the sun beats down at mid-day, there are not many places to escape the heat. I took along a tarp, and could have used it to make some shade.

There isn’t any water: Today, an irrigation ditch flows on the north side of the Badlands, taking water to crops. But that ditch wasn’t dug and put into operation until 1904. In all my wanderings in the 33,000 acres of the Badlands, I’ve never found a spring or heard of one. The best place to find water in the desert is in your canteen!

It’s really hot: Big revelation there! It was in the upper 90s in town, and in the desert it felt much hotter. The sun and heat reflected off the sand and rocks, creating some super-cooked air. My broad-brimmed straw hat and white, 100-percent-cotton shirt were good choices for desert travel. I wore leather hiking shoes to insulate my feet from the high heat of the sand. The high tops (like the pioneers wore) kept dirt from getting inside and rubbing my toes raw.

Don’t go without a map and compass: This advice would have really have benefited the Meek party. The Badlands are a great place to practice land navigation because it’s so easy to get lost. The land is undulating, and there aren’t many landmarks to help you stay found. 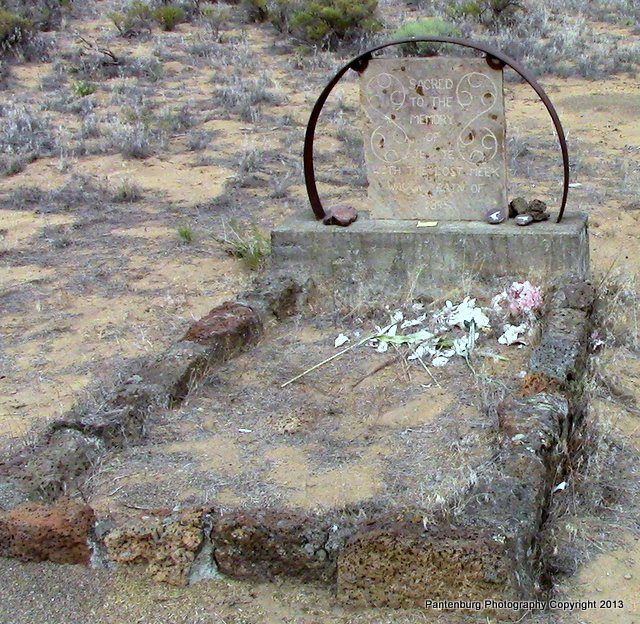 This site may mark the final resting place of a child who died on the trail in 1845.

I found the grave without much trouble. The site was originally marked with an inscription on a juniper tree, according to the Deschutes County Historical Society, and nobody knows who is buried there, or if it is even a grave. Best information, a curator said, is that the site marks the final resting place of a child.

A standard occurrence, the curator added, was that a body would be buried in one of the ruts in the trail, and the wagons would roll over it. A marker might be placed alongside the grave, the curator said, much like people place crosses along highways today to mark where people died.

This Sept. 9, 1845 diary entry from James Field mentions the protocol for burial on the trail.

“Last evening a child of E. Packwood, of Illinois, which had been ill a few days died suddenly…The child was buried in the dry wormwood (a variety of sage barrens), and as we left camp the wagons filed over the grave, leaving no trace of its situation. The reason for our doing this was that the Indians in this part of the country are very fond of clothing, giving almost anything they possess in order to obtain it, and fearing they might disturb the grave after we left, we took the precaution of leaven a beaten road across it. I cannot say they would do anything to a grave, were they to find one, for we have passed several made by the emigrants at various times and none appear to be disturbed.” (Ibid Page 42) 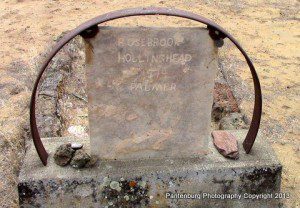 The back of the stone lists the date the marker was placed and contributors to the effort.

It’s easy to image that the wagon train camped all over the relatively flat area around the grave. Someone dug a grave, then the body was laid to rest while hymns were sung and a short service was held. The grave was carefully filled, then, most likely, all the wagons were driven over it.

The original marker was a juniper tree and it undoubtedly had a complete name on it. The marker apparently split off, or was damaged, so all that remained was the inscription “Sacred to the memory of Je_ie”. There is also another reported grave in the area, but it is also lost to time.

The Je_ie marker was replaced with a stone in 1974. Today, the grave is well-marked and gets infrequent visitors. It’s a lonely and desolate, but beautiful scene. It’s a peaceful place to visit and enjoy, and I spent some time there just absorbing the atmosphere.