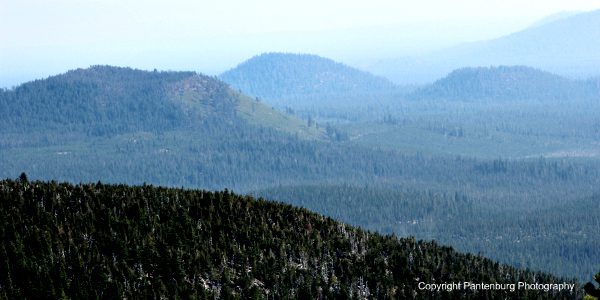 Here’s why “bugging out” and “heading for the hills” won’t work.

At virtually any preparedness event I go to, someone proclaims stockpiling food is a waste of money, and that when everything goes down, he/she/they/the group will light out for the wilderness.  The topic is one for debate on Facebook and a multitude of prepper/survivalist websites.

The idea is that when (fill in the appropriate acronym) happens, society will collapse and everyone will have to fend for themselves. But some survivalists will head for the wilderness and live off the land, apart from everyone else until the situation resolves itself. 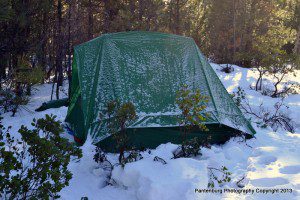 Camping is fun. Surviving in the wilderness is not, and it’s really hard work.

Here’s the reality check: “Heading for the hills,”  or whatever you want to call it, is impractical and probably foolhardy.

Here’s five reasons why you shouldn’t head for the wilderness:

Wilderness is in short supply in the United States. Both coasts are densely-populated, and there just aren’t wilderness 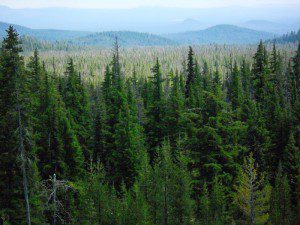 The entrance to any wilderness area will be crowded with unprepared people.

areas available to go to. Other wilderness or sparsely-populated areas, such as some deserts and swamps, are uninhabited for a reason. Living conditions in some of these places would be too harsh for the average person to last long.

That leaves private land, and good luck getting access. Farmers and ranchers will probably be unwilling to let hordes of city refugees squat on their land, and these rural folks are traditionally well-armed.

If you live near any major metropolitan area, it may be a several-hour drive under ideal circumstances just to get out of the city. (My record commute home in Washington D.C. was six hours to go eight miles. And that was because of one accident that jammed the Beltway.)

If the survival situation develops from a natural disaster like an earthquake, hurricane, tornado or flood, the bridges may fail and roads may be covered with debris and impassable. Your carefully-packed vehicle may not even be able to get out of the garage.

If you can’t drive on the roads, that leaves walking or some other alternative transportation. You will join hordes of unprepared people going somewhere. These crowds will be easy pickings for robbers or gangs.

And what about your gear?  More than two-thirds of U.S. adults are overweight or obese, according to the Food Action and Research Center, and most Americans couldn’t carry a loaded backpack anywhere. Can you realistically haul enough of your gear to effectively survive?

3) You think you’re going to be the only one out there?

It was the opening of elk season in the Idaho backcountry, several years ago, and 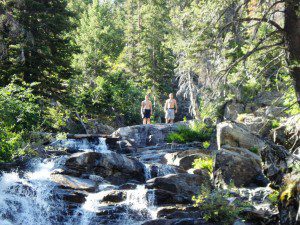 there was almost a traffic jam at the trailhead. My hunting party was about 25 miles from the nearest town of Yellow Pine, Idaho, and there was one entry point into the Salmon Challis National Forest and millions of acres of wilderness.

Outfitters and hunters waited to unload and then park their vehicles. The situation seemed unreal: here we were, nearly 50 miles from the nearest highway, in the middle of one of the most isolated wilderness areas in the lower 48, and parking was at a premium! My brother Mike counted 50 horse trailers.

As mentioned, the entry points of wilderness areas are crowded during opening days of hunting and fishing seasons. What will happen when thousands of refugees or unprepared people hit the roads and try to flee some disaster?

There will undoubtedly be groups of  unprepared people at these backcounty bottlenecks who will be depending on whatever they can beg or take from you.

4) Going camping is fun; survival living isn’t: Unless you’re a hermit, an introvert who hates people or just plain anti-social, the isolation of a faraway wilderness will soon  become oppressive. People are social animals; it’s no coincidence that solitary confinement is used as a punishment at prisons, or that loneliness is such an awful feeling.

After a few days or weeks of isolation, you’ll probably be looking for company just to have someone to talk to. 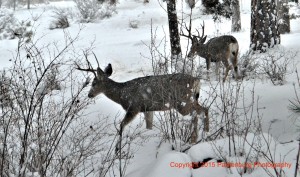 5) Living off the land? Wild animals aren’t stupid. Hunting pressure will either force them to leave, or they will be killed off to the point where they can’t reproduce and replenish the population.

There are reasons we have hunting laws. During a catastrophic event, there will be scumbags who see their chance to slaughter game animals, or dynamite schools of fish. I don’t foresee the game animals lasting long.

Besides, trying to maintain your body’s needed caloric intake from fish or wild game meat is really, really hard.  Just about any weight-loss diet has fish in it because it is low calorie  food. The same with foraged plants, tubers and fruits. The big problem with foraging would be to avoid burning more calories than you harvest!

There are other reasons why this head-for-the-hills mentality isn’t viable for most people. These are just the most obvious. Don’t base your emergency survival plans on something that might not work. Do your homework now to come up with a practical disaster plan.