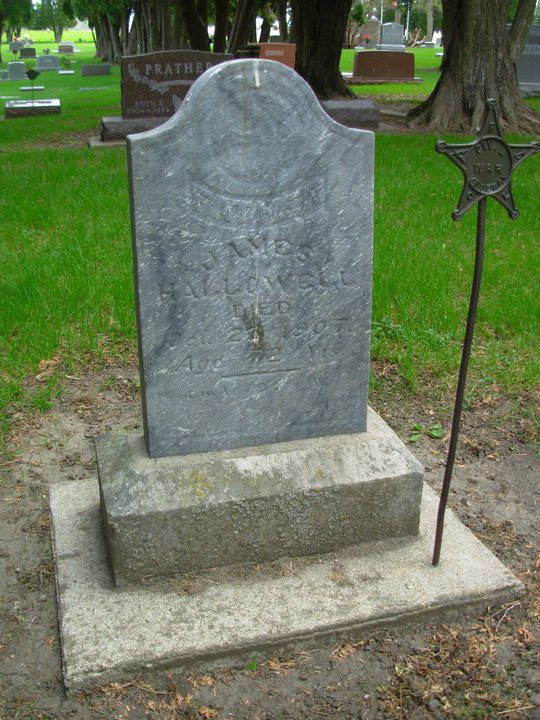 Basic survival skills don’t change. Here are some lessons from a Civil War infantryman on how to provide food, shelter and improvise lighting during hard campaigning.

I ordered by inter-library loan a book named “Three Years with the 92nd Illinois: The Civil War Diary of John M. King.”

My great-great-grandfather, Private James Hallowell, had served with the 92nd, and was invalided out after being wounded at Chickamunga. I  love reading diaries of historical events and happenings, anyway, and to find a record that might have included mention of my grandfather was incredible.

Sometimes, my dual passions of research and wilderness survival skills come together, and I experience a resounding “AH-HAH!” moment.

That’s what happened with King’s book. King provides details of camp life, and campaigning I had not been aware of. In particular, details of an ordinary soldier’s day-to-day life are rare.

Here are some survival skills I learned from the diary.

Cast iron Dutch ovens can be an important part of preparing food outdoors.

A staple food with both armies in the Civil War was hardtack.

“When the army was not too far from the base of supplies, we could get some flour instead of hard tack. Then the soldiers would go to the negro cabins and dwelling houses and unceremoniously borrow or carry away these bake ovens. Once could bake anything in them, in the house or out of doors, rain or sunshine, wherever hot embers could be obtained. Soldiers could get green apples, slice them into thin pieces, roll out crusts made from the flour, lay in the sliced apples and cover with another crust….”

“The cooking outfit for two men consisted of one very light-handled sheet from a frying pan, one tin coffee pot with the handle melted off and wire bail attached through bayonet holes at the top, two tin cups, two tin plates and two forks. The coffee pot answers the triple purpose of boiling coffee, rice and sweet potatoes.”

On the march, King writes, each mess of three or four soldiers functioned smoothly. Each had a specific job related to getting the food prepared quickly.

“When the army camped for the night, one man of each squad went for fuel for the fire, the other for water. A fire was quickly built, the coffee boiler was placed upon the fire, the frying pan with slices of meat by its side, a rubber blanket was spread near the fire with (the cooking gear) opened and supper was ready. In half an hour after camping, a whole army of thousands…was eating all divided into groups of twos, threes and fours.”

(King and his comrades were in winter camp, where the days were short, and lighting after dark was none-existent. Here’s what he did.)

“Many of the men…were great readers, but there were two great obstacles in the way. First, it was  difficult to get a great deal of matter to read, and second, it was difficult to get proper lighting for the the evening. We had some candles furnished us, but not near enough…Necessity is the mother of invention, and I remembered what I had seen my mother do during the poverty-stricken times of an early day in Illinois. I attended to frying the meat, and at each frying I poured a portion of the clear fat into an empty oyster can. From this fat, I made what the boys called a “betty.” I tore a piece of cotton lining from my coat, twisted it into a wick and buried it in the lard, one end projecting above the surface. This made a fair light, but not brilliant.”

This simple A Frame tarp shelter is a quick emergency shelter, and can provide ample protection.

(The 92nd spent part of the winter of 1864 campaigning in and around Pulaski, Tenn. On Jan. 10, temperatures plummeted to minus eight degrees below zero. The  soldiers were dressed “in clothing prepared for a warm climate.” Hill and his buddies improvised shelters using whatever materials they could find.)

“My bunkmate and myself went out into a cornfield and loaded our horses with corn fodder (stalks). We took this corn fodder and carefully packed it in our tent (an open-ended pup tent shaped structure with no floor) and made our bed on top. Only one blanket was necessary for the bottom sheet and the rest we had over us. We buttoned our overcoats together and made a blanket cover of them also. We slept with all our clothing on except for our hats. We covered up our heads and lay “spoon fashion.” We each kept open a little breathe hole to get air…after a few moments we were as warm as two kittens in the chimney corner; and to tell the truth, I do not know that I ever slept warmer at home.

“Self preservation is the first great law of nature, and I determined to preserve No. 1 to the best of my ability. There was no mother to care for me now.”

It doesn’t matter what you have to work with, or when. The best  tool is your survival mindset.