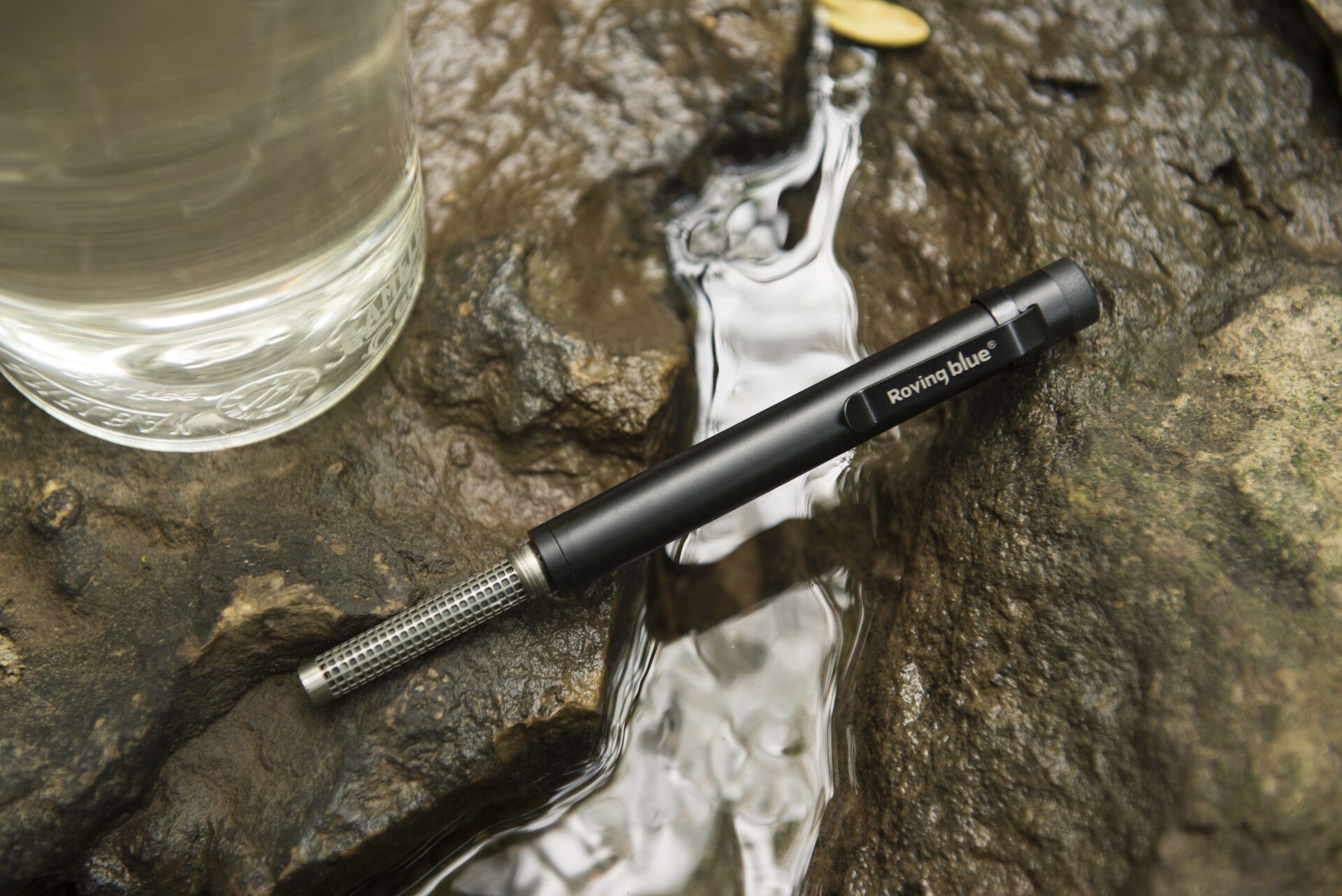 The measure of success for a water purifier is not getting any reaction from drinking the water purified by it. And that’s what I got after using the Roving Blue O-Pen®.

Disclaimer: Roving Blue supplied the product for this review. Nobody had any input into the review and I was not paid to write it. At  the time of publication there was no affiliate or sponsorship agreement between Roving Blue and Survival Common Sense. The following is my opinion and all I ever promise in any product review is a fair shake.

Pure water is getting harder and harder to find, regardless of where you go.

So it’s common sense to take a small, compact water purifier whenever you travel, and this O-Pen® may be a really good choice. 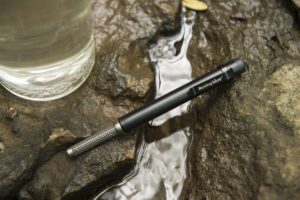 The O-Pen is a lightweight, compact water purifier that is easily carried.

I started backpacking in the mountains in the mid-70s, and never filtered or purified any drinking water. I hiked the John Muir Trail in California,  the southern loop of Yellowstone, and the Bighorns and Pryor mountains in Wyoming with nary a drop of treated water. There were no ill affects whatsoever.

And, there are experienced outdoors people who maintain that filtering water in the backcountry is unnecessary.

But there are many more places – such as big cities and some foreign countries – where you’d be a fool not to purify the drinking water. While I might drink from  a spring bubbling out of the ground, I absolutely won’t drink out of a public water fountain in some areas. (Why do some people have to spit in water fountains?)

So we can agree that carrying a water purifier is a good idea. But how do you tell if one works well?

We have to use the nothing standard. And that’s what I got from the O-Pen water purification device. Nothing. No reaction at all from the water I drank after using the O-Pen – no stomach aches, diarrhea, vomiting etc. IE: Nothing.

There were several places the O-Pen could have been tested after a recent rain storm: such as a water-filled gutter on a street, standing water in a ditch or floodwaters next to a road. But this is Survival Common Sense – I’m not risking even a potential injury for a product review!

I did field test the O-Pen in a Mississippi swamp. There were several spring-fed, running streams that were probably pure and safe to drink from anyway. Using the O-Pen meant I ended up with nothing.

But wait – isn’t boiling water the best way to purify it?

While heating water to a rolling boil does kill any harmful bacteria present, some minerals are left behind. Three significant culprits are arsenic, fluoride, and nitrates. These minerals, according to the US Environmental Protection Agency, can be fatal in large doses.

Here is how the O-Pen works, according to the company website. 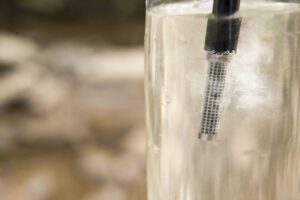 The O-Pen makes water safer by infusing it with a cloud of ozone gas.  Used by water treatment plants and water bottlers worldwide, the website claims, ozone is the strongest oxidizer available that can be safely used in water treatment

The ozone produced by the pen is effective against multiple dangerous organisms, bacteria, viruses, and cysts. The ozone reverts to oxygen quickly, leaving no chemical residue, odors or tastes.

Here is a partial list of micro-organisms that ozone an destroy:

Otherwise, it becomes all too easy to just leave it behind. The only survival gear you have is what is on your person.

Efficiency: Rehydrating a severely-dehydrated person can be a race against the clock. The O-Pen will purify 16 oz. of water in under one minute. Some of the chemical purifiers may take half an hour to work, and probably longer if the water is cold. A pump water filter may also take precious time. Some of the straw filters require a good bit of suction to operate, and this may make them hard for a youngster or senior to use. With the O-Pen, water is purified in a matter of minutes.

No waste: A rechargeable battery with a USB cable is included. The O-Pen with charged battery purifies about 25+ liters per charge (about 50 uses). There are no batteries to replace, meaning there will be none to discard. Combine the O-Pen with a good solar charger and/or battery, and you’ll get virtually unlimited power.

My daughter Mary just got back from a month in Honduras on a graduate student internship. When she graduates with her masters in International Environment Policy in the spring, Mary may end up anywhere in the world. She will be getting an O-Pen to take with her.

She can’t have mine. My O-Pen has a permanent residence in my survival/preparedness gear.