How long can you store ammunition? 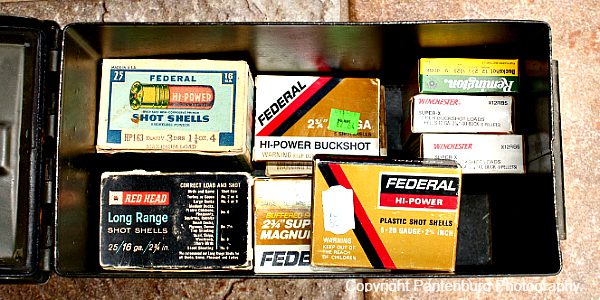 Maybe you’re storing some .22 Long Rifle, centerfire rifle and shotgun shells along with your prepper emergency foods. How long will that ammo last?

My dad brought home several  German and Japanese rifles and handguns from WWII. He had a German Luger along with about 50 rounds of 9mm ammunition for it, and those cartridges had been in my gun safe forever.

A few years back, I decided to see if the ammunition would still fire. Now, I had no idea where the ammo came from, how old it was, who made it or how it was stored before Dad got hold of it. For all I knew, it could have been ammunition deliberately sabotaged at the factory so it wouldn’t fire. I knew the cartridges were at least 70+ years old, and they could have been manufactured for World War I.

I loaded my Ruger P89 with Dad’s antique ammo, and to my surprise, about 60 percent of the cartridges fired. 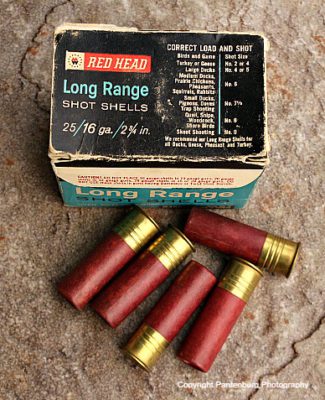 These Montgomery Wards shotgun shells from the mid-60s are still reliable.

I have a box of 16 gauge shotgun shells my Dad bought at Montgomery Wards (remember them?) in 1966. The shells got pushed to the back of the gun cabinet, and never got shot up.

I used two on a pheasant hunt about five years ago, and they fired just fine. I’ll use the rest of the box up this fall.

I started reloading handgun ammunition in 1977, when I bought my .357 Ruger Blackhawk. I recently found several rounds from that time period, still unfired. They fired just fine.

As far as I can tell ammo has no expiration time line. For the most part, ammo is sealed. So, short of corrosion of the brass casing, and air/water pressure forcing moisture into the cartridge – it should last forever. Same thing with shotgun shells. 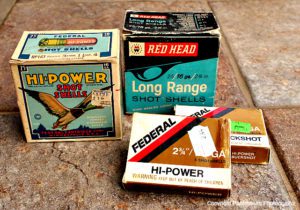 My vintage shotgun shells are all still in good shape.

Select a reasonable variety of firearms for your survival/emergency battery, and store your ammo in a cool, dry place and it will fire when you need it to.

This post from Concealed Nation gives more information about how long ammunition will last.

If you’re just starting out, here are three types of firearms you should have in your preparedness gear.