Review: Call of the Mild – Learning to Hunt My Own Dinner

Disclaimer: Lily Rath McCaulou and I were co-workers at the Bend (OR) Bulletin.

Call of the Mild: Learning to Hunt My Own Dinner, A Memoir by Lily Raff McCaulou

Call of the Mild is a reasoned, well-thought-out and researched memoir that helps explain some of the intangibles that attract people to participate in a blood sport. 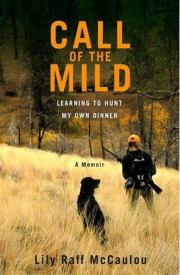 The book, which came out last summer,  traces Lily Raff McCaulou’s  journey from a big city dweller with no experience or family history of  hunting,  to that of  becoming an enthusiastic hunter. It is the story of a personal evolution.

McCaulou was an unlikely candidate to become a hunter. Reared on the east coast, she is the daughter of  anti-gun parents who thought hunting was, at best, an odd hobby.  McCaulou was a meat-eater, but didn’t make the connection between a live animal and the packages of meat in the grocery store. Just out of college, she working in the Indie film industry and living in downtown Manhattan when she decided to move west for a year or two.

She  ended up in Central Oregon as a reporter at the Bend Bulletin and that’s where we met. I was freelancing for the Bulletin at the time, after several years as a staff writer/photographer, and McCaulou got my old beat covering La Pine and Sunriver.  Reporter turnover in the Bulletin newsroom is high, and I privately figured McCaulou wouldn’t be around long before the area’s  rural, small town atmosphere would start to get boring. But in passing conversations, I found McCaulou was embracing the rural Oregon lifestyle. She took up fly fishing, skiing and backpacking and a year of so after arriving in Bend,  decided to learn to hunt.

Interviewing a wide range of hunters and environmentalists during her reporting, McCaulou found that some of the most environmentally-aware people also hunted. She also discovered that most hunters view the sport as a smaller part of a larger appreciation of nature.

“I started noticing so much more about the environment and nature when I started fly fishing,” she told me in one conversation in front of the public library. “I thought learning how to hunt might also do something like that.”

Starting out from ground zero, McCaulou took a hunter safety course, bought a shotgun, and started learning to hunt. She participated in several programs geared toward women, sponsored by the Oregon Department of Fish and Game. She learned how to shoot a shotgun at the local Sporting Clays facility. From there, she progressed to bird and waterfowl hunting, graduated to whitetail deer hunting in Michigan, and ended up killing a bull elk in Oregon.

Call of the Mild is not a how-to hunting book. It’s more of a “You-can-do-this-too” approach to learning a survival skill.  The book doesn’t provide tips and techniques, but you 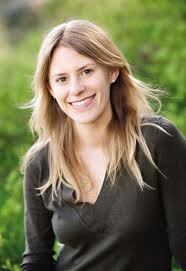 will probably learn a  lot. McCaulou’s  journey from non-hunter to active blood sport participant is probably going to seem unusual and unsettling to vegans, vegetarians, and to some meat eaters.

She opened my eyes to new aspects of meat eating. A hunter since I was old enough to carry a gun, I always appreciated the connection between killing and eating meat. Being raised on a farm, I never gave much thought to the livestock that eventually ended up on the family dinner table. The animals were raised  for food, were not  mistreated and their slaughter before butchering was quick and humane.

But I never thought much about the agribusiness factories that produce most meat  sold in stores. One of McCaulou’s best written sketches compares the awful life of the pen-raised chicken she bought at the store with the wild, free life of the goose she shot.

Another appreciated aspect are the realistic descriptions of the actual hunts. McCaulou vividly describes the beauty of the Oregon mountains and marshes. But she also very accurately describes the hard work associated with gutting, skinning and  hauling the meat from the bull elk she killed.

But probably the best part of this book is the reasoned approach. Hunting gonzos like Ted Nugent don’t represent the majority of hunters, and neither do most hunting shows.  Most hunters, I believe, feel the voice of reason has been neglected in discussions about hunting, and McCaulou helps bring that to the table.

“In a sense, hunting is the final frontier of feminism,” McCaulou writes. “As women make up a growing percentage of  of American hunters, we quietly lay claim to a part of humanity that has been dominated by men.”

The sport of hunting needs more books like Call of the Mild. I highly recommend the book to anyone who has an opinion, or who wants to form an reasoned opinion about hunting.

For more information on making a survival kit, click here!