How to: Make jerky from small game meat 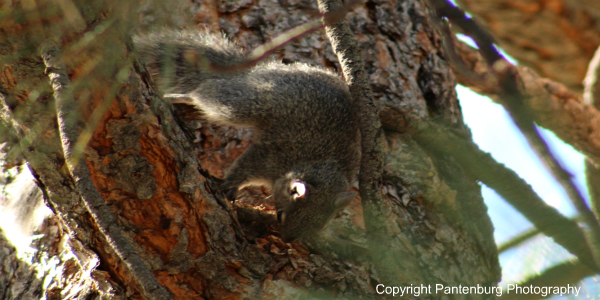 Venison and other big game meats are commonly associated with jerky, but there are other meats that can also be used. Here is how to make small game jerky.

The hunting season had been very productive: I was single at the time, didn’t have to worry about honey-dos around the house and hunted every weekend in those magnificent deciduous forests, swamps and wetlands of Mississippi.  In addition to harvesting several limits of squirrels and rabbits, and more than two dozen ducks, I’d also killed two deer with a blackpowder rifle. 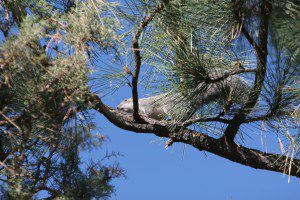 Small game meat, such as squirrel, duck and rabbit can make great-tasting jerky!

Though I lived off the wild game harvest, one guy just can eat so much. During the late summer, when the next hunting season started approaching I started turning the surplus game into jerky. Making venison jerky is common, but few think to make it out of small game animals.

Jerky is nothing more than dried meat.  Every prepper, survivalist, backpacker or outdoorsperson should be aware how easy it is to make and carry this emergency ration. Every emergency or wilderness survival kit,  should include some sort of  energy source. Jerky can be one of those foods. It’s light, long-lasting, tastes good,  and allows you to convert a small game surplus into a survival tool.

Jerky is also a great, nutritious snack at the office, as opposed to hitting the vending machine at break.  And talk about historical connectivity: Include some jerky and hardtack in your next outing. Lunch will be what the pioneers, Native Americans,  or settlers had. It can help you develop a real appreciation of life on the frontier.

I’ve made jerky out of whatever small game meat was was left in the freezer, combined with some of the left-over less-desirable pieces of venison. Combine whatever meats are available, and get a truly unique blend. 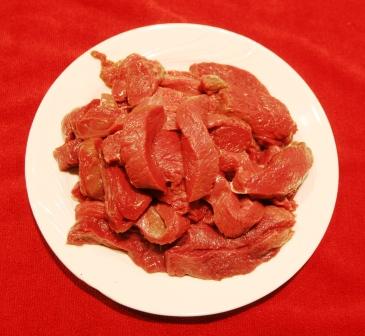 This is some very good organic elk meat. It is also very expensive!

Spread five pounds of ground meat out in a large, flat pan. Sprinkle two tablespoons of canning salt and one and one-half teaspoons of Tender Quick® curing mix evenly over the surface of the meat. Mix thoroughly, flatten into the pan, and cover with plastic wrap. Place in the fridge.

Mix the ground jerky meat thoroughly twice a day for two more days. This distributes the salt and cure mix,  and allows time for the meat to become properly cured.

When the ground meat is mixed for the last time, add the remaining ingredients, mixing thoroughly. Form and dehydrate. To form the ground jerky, you can use a jerky shooter, a rolling pin, or your hands. A food dehydrator is perfect for drying the jerky, but the oven can do a fine job as well.

Store the finished jerky in a sealed plastic bag or a tightly sealed jar. I keep mine in the refrigerator to help it stay fresh longer.

Pack jerky in your kids’ lunches, or as a snack at work, and you’ll soon use up all the wild game meat!