Review: Peter Kummerfeldt’s ‘A Better Way to Build a Fire’

The ability build a fire under survival conditions may save your life. The inability may cost your life!

I met Peter Kummerfeldt several years ago at the Deschutes County Sportsmans Show, in Redmond, OR after I dropped in during his “Myths of Survival” presentation. 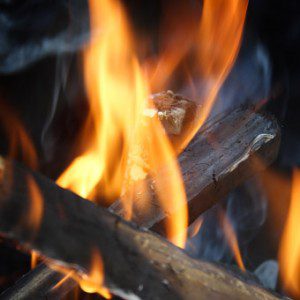 The ability to build a warming campfire, under extreme conditions, could save your life.

With no idea of who this guy was, or his abilities, I sat in on the seminar out of curiosity. (After all, I had a survival kit, and had been knocking around the backcountry for decades while backpacking, hunting and fishing. I knew what I was doing…I thought!) At the end of the hour-long session, and numerous “ah-ha” moments, I followed Peter back to his booth and plied him with questions.

Later, Peter became an expert source for a winter survival guide I wrote for the Bend, OR “Bulletin.”  Since then, Peter have become my friend, mentor, guest contributer for SurvivalCommonSense.com and my main go-to source for any question about wilderness survival. Peter is also on the short list of people I like to hang around with.

With that disclosure, how can I do an unbiased review of Peter’s latest E Book ” A Better Way to Build a Fire”?

Well, I don’t claim to be a wilderness survival “expert,” but I do claim considerable expertise in survival  firemaking. My experience, based on independent research, use and testing over many years, has taught me many things related to building a fire during an emergency. (To read the “best ignition sources” story, click here).

As a Boy Scout survival skills volunteer, I have helped teach well over 10,000 people basic flint-and-steel firemaking skills over the past ten or so years. This instruction has been done during all sorts of weather extremes. I have tried and tested many different firemaking methods, with the goal of being able to recommend the right tools to make a firemaking kit that could save a person’s life.

One thing I learned after all this research and training is this: The average person, even if given matches and gasoline, 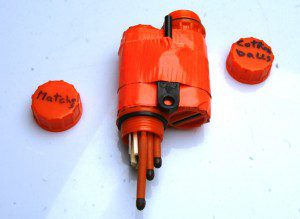 Cotton balls infused with petroleum jelly, combined with a metal match, make an effective and reliable firestarting method! If you want to include matches, make sure they are high quality!

couldn’t start a fire under survival conditions! Firemaking, like any survival skill, must be practiced, and you have to start out with the right tools and training.

Our ancestors used an open flame for light, heat and cooking, and everyone, of necessity, was an expert at building a fire. But today, there are people who have never needed to make any sort of fire. They may have some vague idea of what a campfire looks like from the movies, but the idea of making a fire in the rain or snow would be completely foreign to them.

Or worse, they may believe they can just pick up a couple sticks, like the heroes of the “reality’ survival shows do, and twirl up a flame. For beginners, the place to start is with some realistic education.

One of the first, best tools might be the “A Better Way to Start a Fire” eBook. Just out, and available from the OutdoorSafe.com website, Peter starts from the ground up and discusses everything from the theory of firemaking to what tools you should carry with you.

The primary ignition tools are mentioned, as well as the steps to making that initial flame grow into a fire. Natural tinders are discussed, as well as techniques for finding dry firewood under extreme wet conditions. 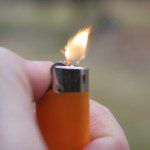 Butane lighters work fine as long as the conditions are ideal and they are warm and dry.

Think all matches are the same? Guess again – Peter discusses the different styles and brands, and why you should shy away from them. I’d already made my mind up that I don’t trust matches as a survival firemaking method before I read this ebook, and Peter’s research reinforces this.

Peter also discusses some of the myths related to survival firemaking. He debunks some of the commonly-accepted, though unproven, practices.

As you look at your survival training, and decide what skills you need to get better at, consider what instructional tools would make a good addition to your library.

Take a hard look at “A Better Way to Build a Fire.” You can download it for $10 from the Outdoorsafe.com website right now, and be reading it in a few minutes. The publication belongs in any wilderness survival training course, and should be in every prepper/survivalist library.

I recommend “A Better Way to Build a Fire” without any reservations whatsoever, and the skills you learn from it could very well save someone’s life.

Peter Kummerfeldt has walked the talk in the wilderness survival field for decades. Peter grew up in

Peter Kummerfeldt has taught wilderness and emergency survival for more than 40 years.

For twelve years, Peter was the Survival Training Director at the United States Air Force Academy, Colorado Springs, Colorado. He retired from the Air Force in 1995 after 30 years of service.