How to start a survival fire with a flintlock rifle 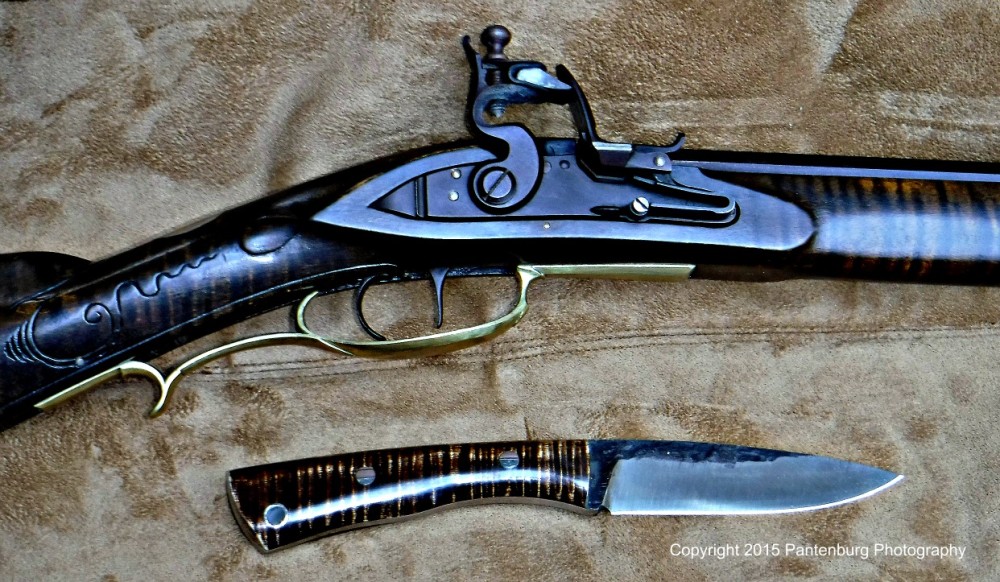 The frontiersmen, longhunters and settlers who relied on a flintlock rifle, shotgun or pistol knew how to start a fire with the firearm. Here’ one way to do it.

A died-in-the-wool history nerd and old time equipment fanatic like me is always checking out new old gear, and trying to figure out how the oldtimers got along. It’s probably some sort of character defect.

This .40 caliber flintlock rifle is similar to those made about 1800 in Pennsylvania.

But a Boy Scout asked me one time at a flint and steel firemaking demonstration, what would you do if you had one arm disabled? Could you still start a fire?

Sure, I commented, just as long as I have my flintlock.

The flintlock was the primary ignition system for firearms for almost 200 years, according to The Firearms Guide.

The very first true flintlock firearm was developed by Frenchman Marin le Bourgeoys, The Firearms Guide claims, who designed it for King Louis VIII. Flintlock muskets, pistols and rifles were the mainstay of every European and American army from 1660 to 1840.

I got into muzzleloading firearms in the early 80s when I did a story on a Vicksburg, Miss. riflemaker. Charles Crowther was a wildlife biologist, whose hobby was making Pennsylvania long rifles. His specialty was crafting the firearms from the mid-1700s through the 1850s.

Charles gave me my current longrifle (check out the story), named Annabelle, and I have used it extensively for hunting and target practice.

Anyway, I was sitting under a beech tree one morning, waiting for a squirrel to come around to the other side of the trunk, when the thought came to me. 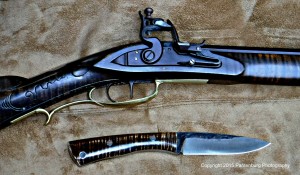 This modern Lon Humphrey Sterling knife matches my rifle and looks like it could have been forged by an old time knifemaker.

I am proficient starting fires using flint and steel. But what would I do if one hand or arm was disabled? Could I still make a fire to keep from getting hypothermia?

I dug out some charcloth from my kit, UNLOADED my rifle and started experimenting. I found that the flintlock worked really well with charcloth, and was almost infallible.

Now, this technique requires a flintlock to work, naturally, but I like to think of this as a survival mindset exercise.

If you’re always thinking about how to use the available resources for survival tasks, then you’ll be better prepared for emergencies.

In this case, the technique is just another cool way to start the campfire, and the conversations that will go on around it!