Airlink | Don’t die in the backcountry, get this great medical assurance policy 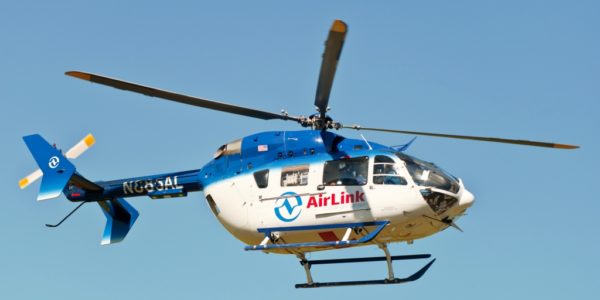 I have no problem justifying spending money for hunting tags and fishing equipment.

But my wife thinks it crazy that I EVEN hesitate at the thought of purchasing an air ambulance service membership.

I argue that the chance of needing such a service is few and far between. But truthfully, every now and then I hear a story that easily could be any of us.

Take Bob and his good fishing friend, Jason.  They were fly fishing on a beautiful river in Eastern Oregon.   While sitting on the bank and tying on a new fly, Bob experienced excruciating pain that began to radiate throughout his chest. He was certain he was having a heart attack. 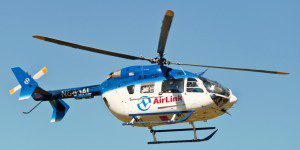 Quick access to an air ambulance might be critical in a backcountry medical emergency.(Benjamin Edwards Images photo)

It turned out that an air ambulance was critical for Bob’s survival.  Accompanying Bob on his flight to Boise, Idaho, was a critical care flight nurse and a respiratory therapist.  Bob survived his ordeal, attributing the superb care he received in flight as a major factor to his outcome.

But you don’t have to be in the western backcountry to need an air ambulance. You can be in an isolated campsite on the Mississippi River, where access is really difficult. Or you can be at a deer or duck camp, bogged down in the mud, during an emergency.

This brings us back to my wife’s point.  In Central Oregon, with air ambulance membership, an entire family is covered for only $65.00 a year. Bob, if he didn’t have a membership, would be paying anywhere from $15,000-$30,000 for a single trip.

How many of us bring our buddies, kids and loved ones with us during an outing? Why do we always pack a First Aid kit? We don’t plan on having to use it, but it sure is nice to have it if needed.  So, how does a responsible backcountry traveler prepare?

An air ambulance service is a very viable option. AirLink is the service in Bend, Oregon, but there are many other services that cover different parts of the country. Do the research, and find a policy that would most fit your needs in your area.

Earlier this summer, I visited with Stacy Durden of Saint Charles Health Care in Bend.   I learned that AirLink is a contracted component to the hospital’s critical care service program.  AirLink provides helicopter service on site at the hospital and has two fixed wing aircraft at the local air port. The stats are impressive. Routinely, three to four missions are flown daily with over 12,000 missions annually. Since beginning flight operations in 1985, AirLink has transported over 20,000 patients.

I asked Stacy what a hunter or hiker should do in an emergency. Her response was don’t delay making a phone call to 911.  Those initial minutes in an emergency are precious.  Be crystal clear what the situation is. Emergency 911 Dispatch will coordinate and determine what assets to send. Geographic coordinate information (e.g., Latitude and Longitude) from a Global Positioning System receiver and a geographic reference (e.g., the south shore of Suttle Lake) is very helpful.

Having a fully charged cell phone is a big plus, as you may receive several calls from the 911 dispatch center and other first responders. Though hunter fatality numbers are generally low, the experience and skills an air ambulance crew brings to an emergency is significant.

Think how many times do you go out into the woods hiking, fishing or just camping; ever have an unplanned situation come up?  What about the travel time on the highways and over the passes-if a knucklehead crosses the line and rams into you? Do you want to chance that critical time to save you or your child’s life?

The response talent is absolutely the best. Crew assignments flex to patient requirements. Critical care, respiratory therapist, and even neonatal nurses are available. Pilots commonly have years of flight time and are exceptionally experienced. Many are former military aviators.

It is comforting to know that AirLink has reciprocal coverage with other services in the Northwest such as Portland’s Life Flight Network.  Membership runs $65 annually for the family, including children away at school. Extended family (such as a mother-in-law) permanently living with the member’s family are covered too. In an emergency, the patient’s insurance will cover part of the service costs; membership covers the balance.

For my family, the $65 family membership is worth the cost. It doesn’t rust, need maintenance or replacement batteries. It is a great deal for the investment – just remember to reload it every year.

To hear the Blake Miller interview about choosing a magnetic compass and GPS on SurvivalCommonSense.com Radio, click here.