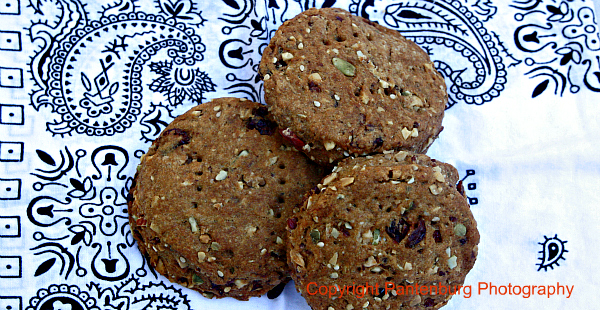 Here is a book for the foodie/history nerd. It’s lively, interesting and a must-read.

Napoleon commented that an army travels on its stomach. And that’s also true of adventurers, explorers, long distance hikers, backpackers, trekkers and migrating people throughout history.  If you couldn’t live off the land – and most people couldn’t – then carrying food along was essential if you wanted to go some place new.

“Food on Foot: A History of Eating on Trails and In The Wild” by Demet Guzey scratches the history and food itch simultaneously.

“Food is history, politics, and science. Food is also psychology, religion, and mythology,” Guzey says on her website. “Food is culture. I am interested in food culture around the world, obsessed with flavors and textures, and fascinated by how they can connect us to our memories and to other people.”

What did great adventurers eat during their expeditions to the far corners of the world? How did they view the role of food in their survival and well being?

Guzey’s book covers that and mentions some of the famous expeditions, such as the Donner Party, the stranded men of Shackleton on Elephant Island and the first successful summit of Everest.

Of particular interest to me was the chapter on military rations. I first came across hardtack, that baked wheat biscuit that was a staple in both Civil War armies, as a private in the Confederate Army. Wanting to experience the living history aspect to the fullest, I checked out some hardtack recipes and baked my own.

Until you’ve had a meager supper of hardtack, roasted bacon, a withered apple and coffee, you can’t appreciate how hunger can motivate soldiers to attack a well-fed foe!

Guzey discusses the evolution of hardtack and how it has fueled armies since time immemorial. I found the impact of hardtack on successful military campaigns was considerable! 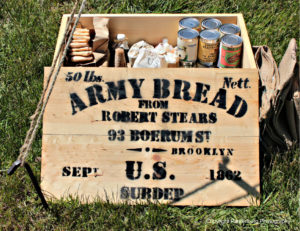 Hardtack has been a standard military ration for several hundred years.

When I lived on the Omaha Indian Reservation in Macy, Nebraska, I learned to love fry bread. That was an easy recipe, and fry bread was also an easy recipe to make while traveling. Cooking salmon in the traditional Native way was another way to make and carry food for long term traveling

These simple recipes, which depended on a few ingredients, were essential to feeding people who were usually on the move.

Another part in the book that fascinated me was the chapter on street food. Any time I go to a big city, I check out the food carts. I will try virtually any kind of  local cuisine, and find that the traditional cultural repast, as presented on food carts, can tell a lot about the culture.

In my home town of Bend, Oregon, there is one location where food carts surrounds a dining area. People come in from skiing, mountain biking, hiking or some other outdoor activity and have their choice of cuisine.

Food carts and street food are seldom mentioned in the context of local cuisine, and Guzey gives them the recognition they deserve.

The limitation to humanity’s reach was the food they could find along the way, and this book giving fascinating insight. It is well-written and interesting and an easy read. It is well-researched and annotated, so you can read more if your find a particularly fascinating subject.

I’d call Food on Foot this a must-read for people interested in campfire cooking, backpacking, hiking, trekking adventuring and history

Order your copy of Food on Foot here.

Demet Guzey Phd is a writer, and lecturer of food and culture with a passion for trekking in high mountains. She writes about food history and culinary travel, lectures on Food Writing at Le Cordon Bleu in Paris, and teaches Food and Culture at USAC Verona. Guzey has a Ph.D. from University of Massachusetts, a Diploma in Gastronomy from University of Reims, and a Level 2 certificate from WSET (Wine & Spirit Education Trust). She is a member of Association of Food Journalists, International Association of Culinary Professionals and The Guild of Food Writers. You can read more about her at www.demetguzey.com